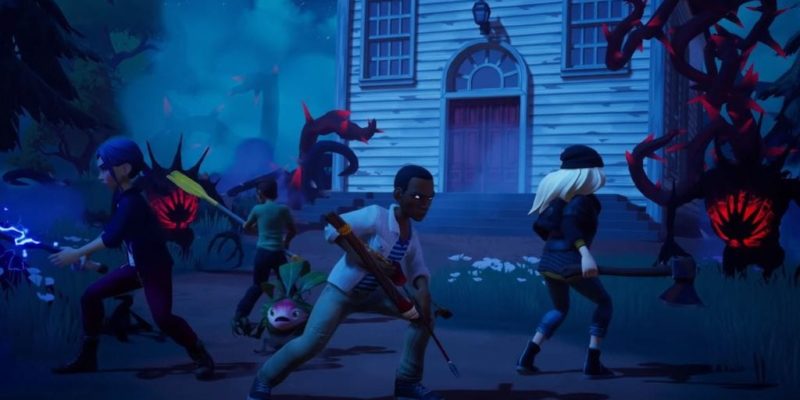 One of the many things to come out of X019 today was the Drake Hollow announcement trailer, a game about bored Millennials who are in dire need of purpose. Fortunately, in the game’s version of reality, there’s a raven with glowing eyes and a compass around its neck that has a task worthy of your character.

Drake Hollow is the next game from developer The Molasses Flood, who released the rogue-like survival game The Flame in the Flood back in 2016.

Without saying a word, the raven lures you through a suspiciously spooky doorway. You’re transported to another dimension, Drake Hollow. Which, surprisingly, has nothing to do with dragons. Or male ducks for that matter. Rather, the drakes are the plant-like creatures in need of a good meal, even though there are mushrooms all over the place.

The Drake Hollow announcement trailer doesn’t give away much about the game. We know from the game’s website that it’s going to be an action village builder, so you can expect a combination of resource gathering, village design, and third-person action combat when the creepy plants attack. 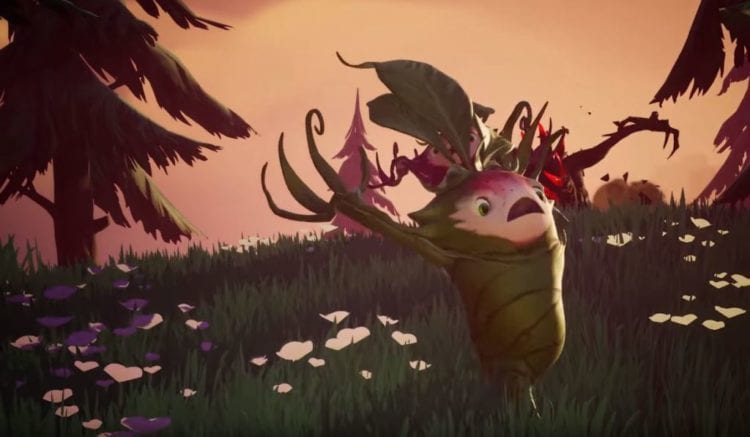 Look at the fear in that poor little drake’s eyes. Now’s your time to shine.

The trailer also suggests that there will be co-op play, with your friends coming to your aid via beams of light from a purple crystal. All the characters in the trailer are wearing different outfits and wielding different weapons. Presumably, you will be able to customize your character and choose or acquire new weapons as you play.

The last thing we know from the Drake Hollow announcement trailer is that the game will be arriving in 2020 on PC. Unfortunately, there’s nothing more specific than that.

If you missed the X019 conference, there were plenty of other announcements to get excited about. Among others, Rare’s next big game Everwild was announced. The developer behind Hellblade: Senua’s Sacrifice, Ninja Theory, gave a launch date for their new game Bleeding Edge. And recently acquired Microsoft studio Obsidian Entertainment announced a tiny survival game called Grounded.

The jail and Underlords get reworked in Dota Underlords