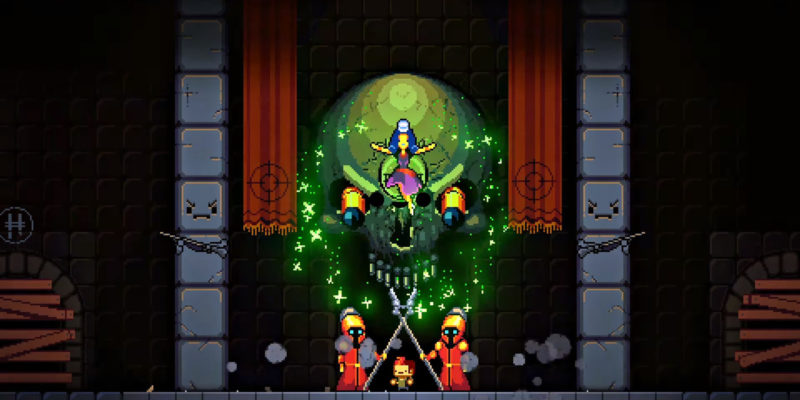 It’s been a few months since we last heard of the PC version of Exit the Gungeon. The follow-up of sorts to Enter the Gungeon first arrived exclusively for Apple Arcade, but it is now available for the Nintendo Switch and for PC via Steam. The Dodge Roll and Singlecore Games-developed title is markedly different from its predecessor. Rather than a dungeon crawler, Exit the Gungeon tasks players to master the dodge roll and quick reflexes needed to survive a vertical, side-scrolling, and fast-paced shooter.

Starring the misfit ‘Gungeoneers’, your weapon is an ever-changing armament. You’ll shoot your way through waves and waves of bloodthirsty enemies, dodging danger as you discover loot and, hopefully, personal absolution. Distilling the experience into a series of increasingly perilous elevators, the game’s frantic pace and variety of dangers is complemented by the fact that no run is ever the same in Exit the Gungeon. 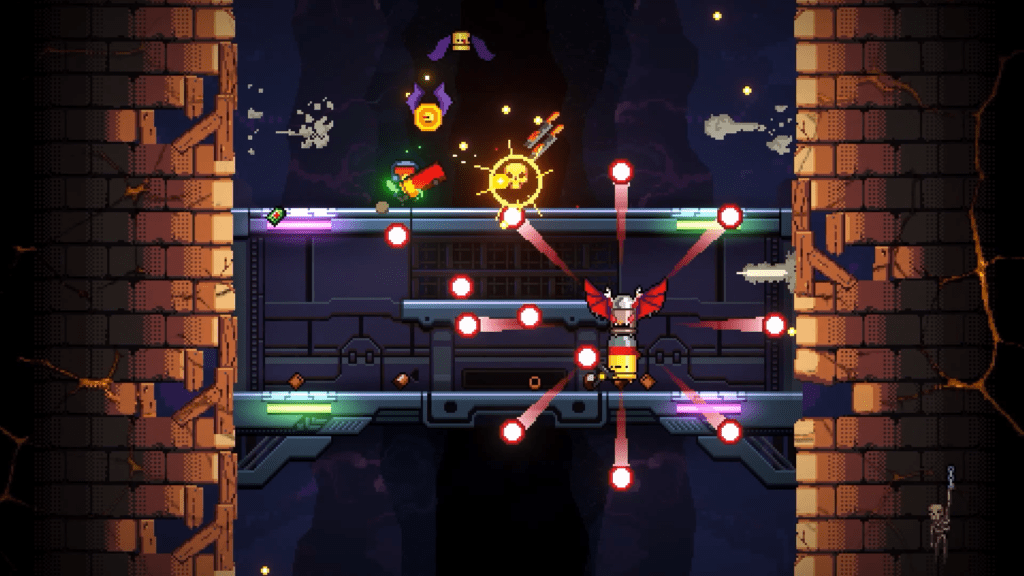 The PC version will also pack the latest update. This brings an “arsenal of additions, updates, and tweaks to the celebrated bullet hell dungeon climber.” With this overhaul of the experience, jumping in now would be the best way to experience this Devolver Digital joint.

The new Exit the Gungeon places an arsenal of upgraded weapons and even new items in your hands. And you’ll need all the help you can get, of course. New Gundead monstrosities are coming, and they are relentless. The likes of Minecart Shotgun Kin, Bullet Cardinal, and Flying Fungun will test even the deftest of hands.

The environments are getting upgrades as well. The redesigned Gungeon has improved room variety, increased room size, and many updated and devious elevators. More replayable content is always a win for players. 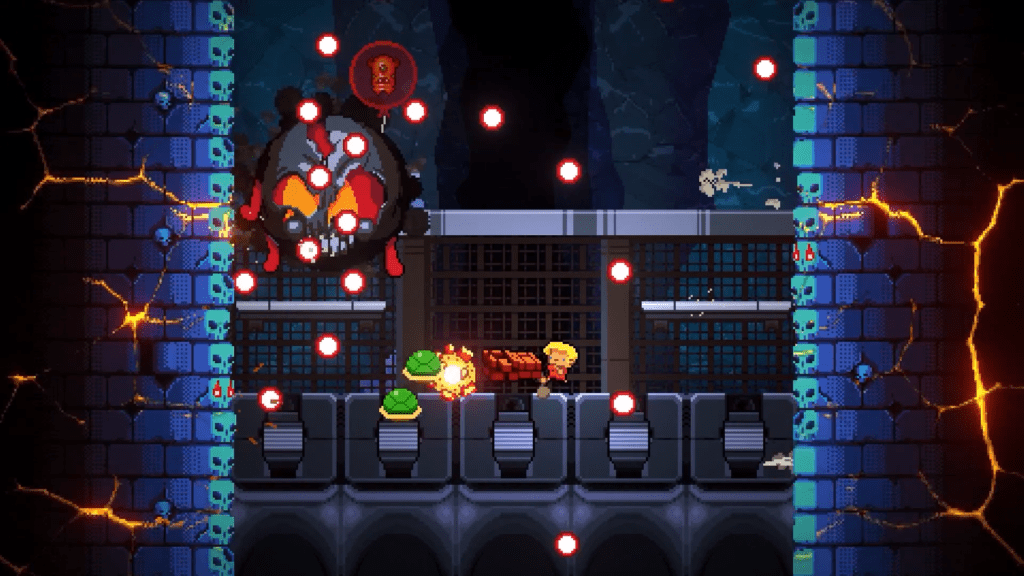 A new combo system will reward players with better guns and even more money. The developers have also tweaked how the game spawns and places enemies, and there’s even a difficulty jump to match veteran players.

Last but not least, there are even more hats to obtain. Plus, redesigned minigames and additional NPCs will grant you more funny interactions and quests to pass the time.

All of these point towards an even more entertaining time in Exit the Gungeon. If you’re interested, make sure to roll on over to Steam to grab it for yourself.

Trials of Mana remake gets a demo on Steam later today