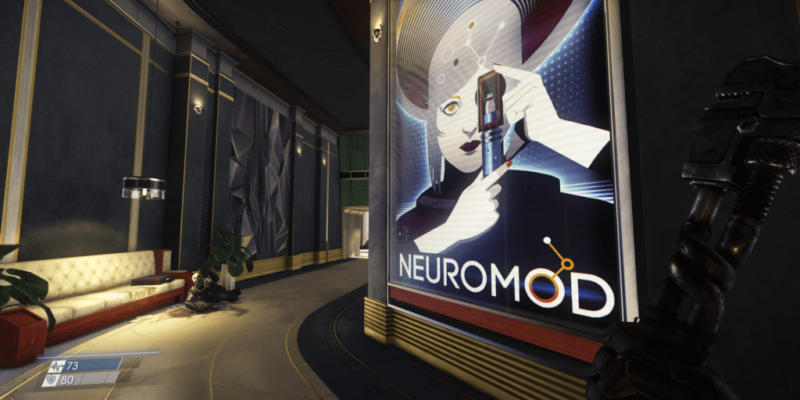 Diligent modders have found a rather intriguing weapon that didn’t make it to the final version of Prey. Named the Disc Rifle, at first glance it doesn’t look tremendously exciting; but it also has an attendant quest.

The investigations of ‘JRavens’ and ’emoose’ have uncovered dialogue strings and a whole side-quest attached to the Disc Rifle. As well as firing disc-shaped ammo, the weapon was designed to be sentient. It looks like it would initially talk to you with phrases like “Target killed”, “Rounds depleted” and the like. Later, though, it would have an existential crisis.

Lines like “Selector M. Yu. What would you conclude if you knew your purpose, but… disliked it? Would that be a defect?” would begin to appear. It looks like the weapon may eventually have just refused to carry on firing at all.

You would eventually learn that the AI in the Disc Rifle comes from a person called Cazavor, and would receive an optional quest to download him into a special Prey Medical Operator. JRavens and emoose have been trying to reactivate the quest in the game itself, with mixed results so far.

It seems like it’s possible to spawn the Disc Rifle (albeit as an untextured model and labelled as a Shotgun) and trigger the initial line of dialogue, but getting beyond that point is proving challenging. The support structure just may not be there for the quest.

As noted in the linked thread, Arkane did appear to talk about this weapon in interviews prior to Prey’s release. “It’s kind of a smart weapon, it’s a homing weapon. It shoots these explosive discs, and it would home in on enemies. So you’d lock an enemy, it would home in … But over time … it would start saying other things, and it would start questioning its own existence,” Arkane’s Seth Shain is quoted as saying.

Solo Everyday Max backpack review: Haul for one, and one for haul