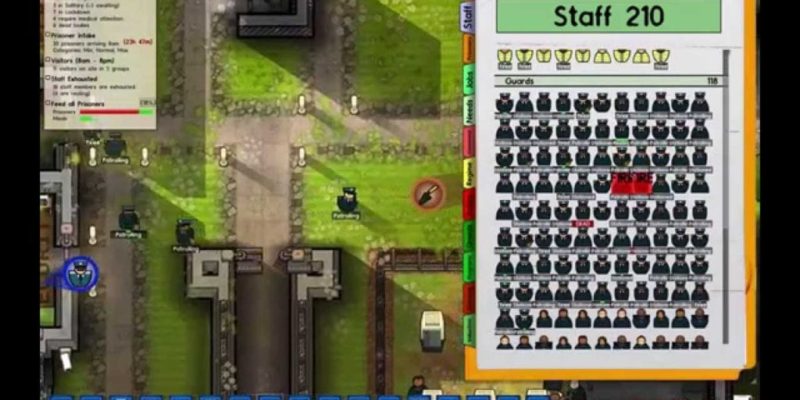 Time for another update which also comes in video form.

Prison Architect alpha 25 has now escaped and according to the team there’s big updates this month. The focus in this update has been balance changes which has meant a load of new system additions to “bring unpredictability back to your prisoners” as the team explains:

Alpha 25 was motivated by seeing prisons that just run themselves – and can even be left running overnight, without anything bad happening. This doesn’t sit right with us, and running a prison shouldn’t ever be something that can be done fully automatically. This month we’ve introduced a whole series of new systems and balance changes that bring unpredictability back to your prisoners.

As usual the guys are back with a new video which demonstrates the new features which are in the updates below.