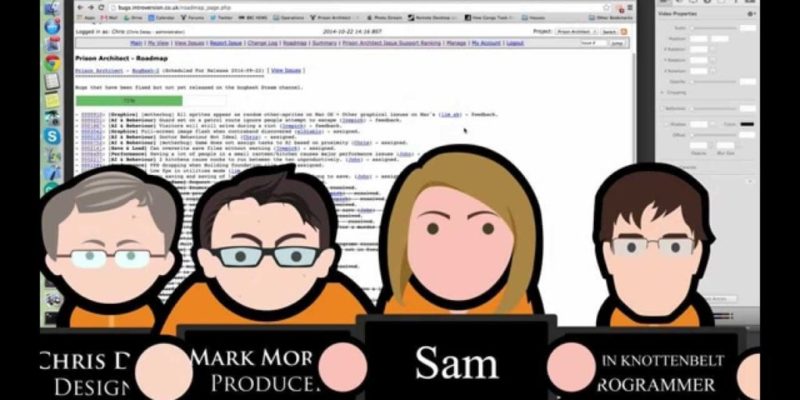 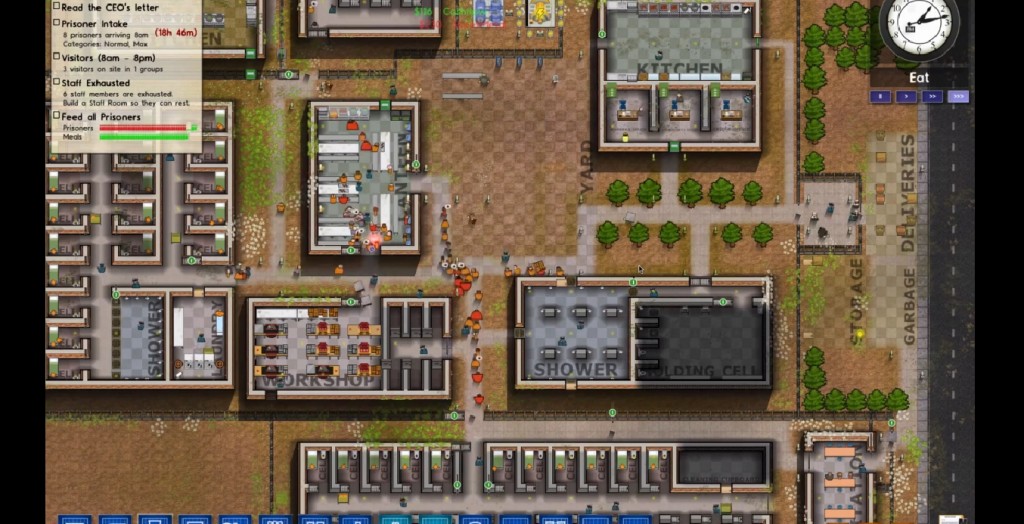 Ah, alpha 19, back when new features were added. Fond memories!

Prison Architect‘s alpha 26 has been released, and it’s all about bugs.

Unfortunately, that’s not bugs in terms of insects infesting your prison if it’s unclean, or something. These are bugs in the sense of “issues with the game.” Alpha 26 isn’t a build that adds in a load of new features; it’s a house-keeping build which takes care of a lot of the game’s bugs.

Unfortunately, that means there isn’t a great deal I can talk about here. Also unfortunately, it means that the video update for the alpha isn’t showing off new features… although the confusion and dismay of Introversion as they try to make a 20 minute video out of fixing bugs is hilarious enough that it’s worth watching anyway. Expect a lot of swearing and shouting, as well a discussion of whether or not filmmakers complained about DVD players having fast-forward buttons. Seriously. I wasn’t kidding when I said it’s worth a look.

In terms of important bugs, the food/kitchen/chef bugs have had a lot of work. Introversion reckon that food distribution is probably one of the most complex systems in Prison Architect so it’s really hard to get it perfect, but nonetheless, it should now be a lot more reliable. Equally, a lot of issues with prison zoning and permissions should be solved (if prisoners weren’t able to go to reform programs or visitations, that should now be a lot better).

The video update can be found below, and the list of fixed bugs (via the forum) is below that. Next month: Prison Architect gets new features, most likely.