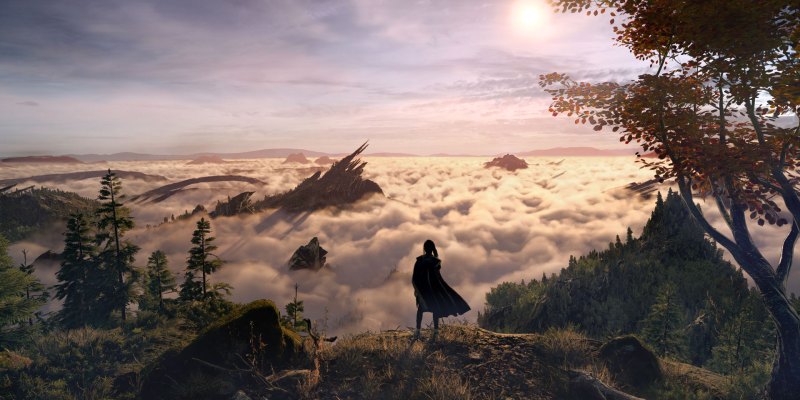 Among the numerous announced games at Sony’s PlayStation 5 event was an entirely new IP from Square Enix and its recently established studio, Luminous Productions. The working title of the new game is Project Athia, and it looks breathtaking in its teaser trailer powered by the Luminous Engine.

In the Project Athia trailer, we briefly meet the protagonist – sort of. You get a good look at her shoes and back. Plus, she shows off some impressive power when confronted by the fiery hounds and agility when leaping across canyons. The fact that she doesn’t immediately flee from the enormous plant-worm monstrosity with a giant eye suggests she can hold her own in this dangerous land.

You will have a whole new world to explore, which the trailer tells us the protagonist does not belong to. Does that mean it belongs to the monsters we see roaming about? Or a power controlling them? Or is she a newcomer to the planet? I’m already itching to know more. 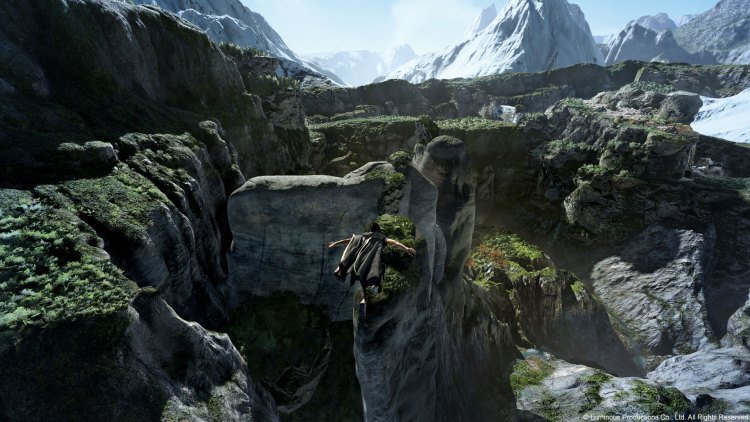 As you would expect from any game touched by Square Enix, the world looks beautiful and very intriguing. But something is clearly amiss, hence the monsters running wild and the lack of other humans. There’s also an interesting contrast happening. You can see it in the modern sneakers being worn by the mysterious protagonist and the medieval ruins she’s walking through at the beginning of the teaser trailer.

Square Enix says Project Athia will be a thrilling story-led adventure packed with action. But we’re told it will also get “twisted, tempestuous and forbidding.” The lead writer on the project was Gary Whitta. You’ve probably heard of some of his previous works, like Rogue One: A Star Wars Story and The Book of Eli.

Luminous Productions was established to create completely new and fresh gaming experiences by combining the latest technologies with art. It sure looks like it hit the nail right on the head with Project Athia. If you don’t want to miss any news on the upcoming title, head over to Square Enix’s Project Athia website and sign up for updates.

Destiny 2: Season of Arrivals – Leveling guide to 1,050 power and beyond