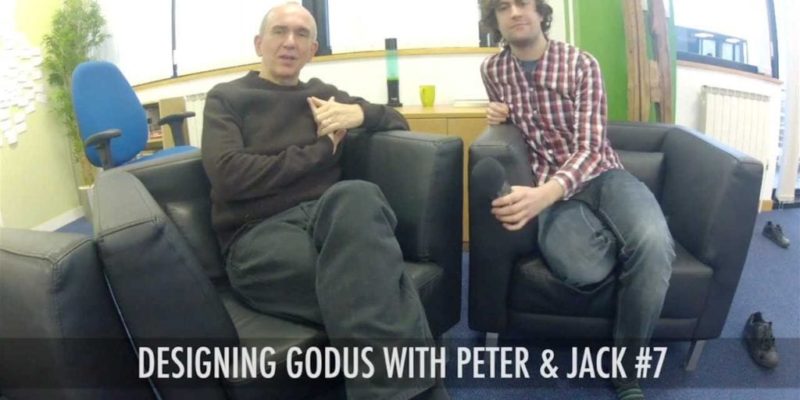 It sounded a little hairbrained when Peter Molyneux announced earlier in the week that he fancied releasing a working prototype for Project Godus in time for Christmas; but the latest update video for the game does indeed show a bit of a prototype in action.

It’s obviously a very early version, and it’s not the easiest thing to see on a laptop screen being filmed with a fisheye lens, but you can see landscape, people and a murderous whirlpool in action.

Skip to around three minutes in the video if you want to get right into the prototype stuff. Keep on watching for some memorable Molyneux quotes, including: “Is that a Peter Molyneux promise?” and “I get a very warm sensation in my nether-regions when you say that.” He’s a self-aware chap, that’s for sure.

Enjoy those lines, and everything else, below.