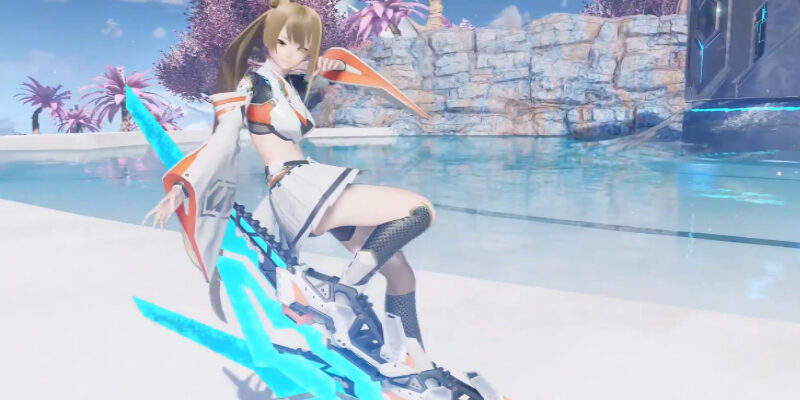 The next batch of content coming to Phantasy Star Online 2: New Genesis has been revealed. As announced during today’s NGS Headline, three major pieces of content are planned. The biggest announcement was the confirmation that the Bouncer class is coming to PSO2 New Genesis soon.

Confirmed for an October release, the Bouncer class will be the second class added post-release after Braver. It will have access to two new weapons: jet boots and soaring blades. It is not currently known if the gunblades from the original PSO2 will also make a return. Fans can expect the Bouncer class to be high mobility and plenty fun to play.

New Genesis is also getting a Sonic collaboration event. To celebrate the release of Sonic Colors Ultimate, Sega is offering various login bonuses and a Twitter campaign. Partaking in the campaigns can net you up to 13 different Sonic-related items.

Coming September 1, this event should keep PSO2 New Genesis‘ players satisfied until the release of the Bouncer class. Daily logins will reward a mix of cosmetics and useful items. Some of the examples shown in the Headline include Sonic’s shoes, a Tails Mag override, and a sprint animation based on Sonic’s spin dash.

Alongside the Sonic the Hedgehog collab, New Genesis will also be receiving its second seasonal event. The Autumn event begins September 1 bringing back Xiandy, as well as Seasonal Points. These Seasonal Points can be spent at her store for limited availability cosmetics, a new weapon series, and other miscellaneous goodies.

The new Frostel weapon series is a variation of the Glissen weapons seen in the Summer event. Whilst Glissen dealt extra damage against enemies weak to lightning, Frostel deals extra damage to enemies weak to ice. They’re three-star rarity weapons that will likely excel for the duration of the event. Players can test this new series out at Nex Vera, which features as a seasonal enemy for the first time.

Wield fists of magical fury in Into the Pit, a Doom looking roguelike