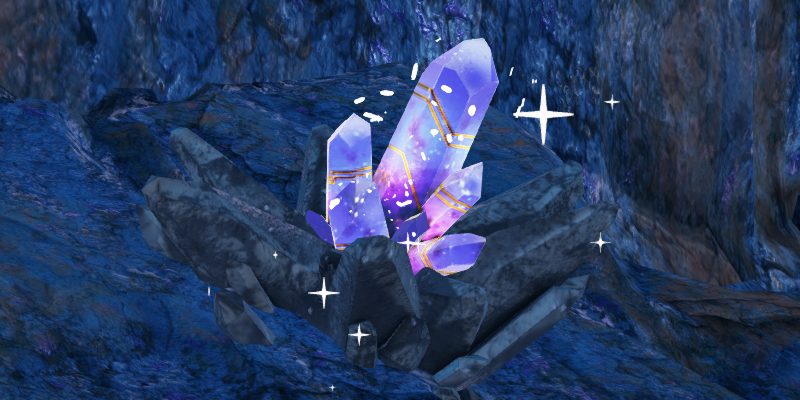 Dualomite is one of the five gatherable mineral ores in PSO2 New Genesis. Mineral ores are resources that are required to upgrade equipment in Sega’s popular MMORPG. Notably, these only spawn in specific areas and remain depleted for a certain period of time after being harvested.

Dualomite is an important resource, as it is needed to limit break weapons. Limit breaking allows for a weapon to be enhanced beyond its default limit. Enhancing weapons provides an improvement to attack strength this is necessary to maximize DPS. Furthermore, Dualomite is used to unlock the potential of weapons to allow for unique perks that are based on the weapon’s manufacture and rarity.

The easiest location to find Dualomite in PSO2 New Genesis is near the lake at Balflow Falls. There are a couple of caves by this lake that contain large quantities of Dualomite. Both Photon Chunk and Photon Quartz spawn around there too, making it an excellent area for grinding ores in general.

To find the first cave, teleport to the Ryuker Device just to the east of Balflow Falls. After spawning in, look over the cliff edge towards the lake itself. There will be a waterfall on your immediate left. Glide down to the bottom of the waterfall and enter the cave hidden behind it. 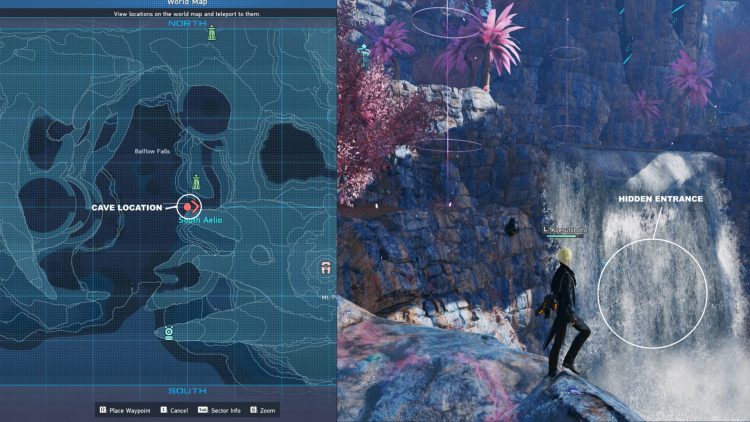 Inside the cave, there are plenty of ores to mine. Just work through it from start to end and gather as many resources as possible. The path will split into two directions shortly after entering the cave. The left path has the most resources, but it is worth backtracking and checking out the right side afterward. For players seeking skill points, a Cocoon can also be found at the end of the left path.

The amount of resources gathered is random from day to day, but a typical full run-through of this cave should provide around 14 Dualomite. Despite its size, mining out the whole cave can easily be done in just a few minutes.

The other useful spot to mine Dualomite in PSO2 New Genesis is also found by the lake at Balflow Falls. This time around, it’s near the southwest side of the lake. This cave is a little trickier to find than the first one and may require some searching.

Unlike the other cave, this one is not found on the bottom level of the lake. Instead, it is on the middle level above the lake itself, but below the very top of the cliff. An easy way to find it is by looking for the nearby air-boosting fan that leads up next to the cave entrance. 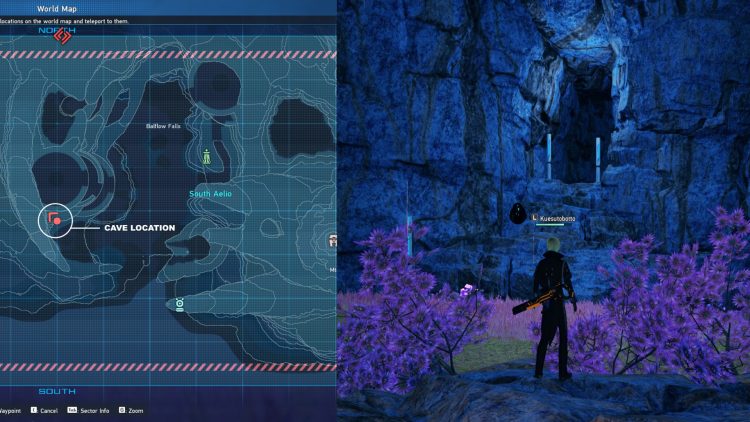 After gathering up the cave’s resources continue to the exit. Just past the exit go proceed forward over the first cliff edge. The area that follows contains a waterfall surrounded by a spiraling rock formation. Drop down to the lower platforms and there will be several mineral ores to harvest.

Depending on your luck, this path will usually give between 10 and 15 Dualomite per run. The best way to treat these routes are as daily activities. Gathering mineral ores in PSO2 New Genesis by visiting places like these Dualomite hotspots will save you significant time in the future. When new end game content is introduced, you won’t have to wait around and spend time mining just to try it out.