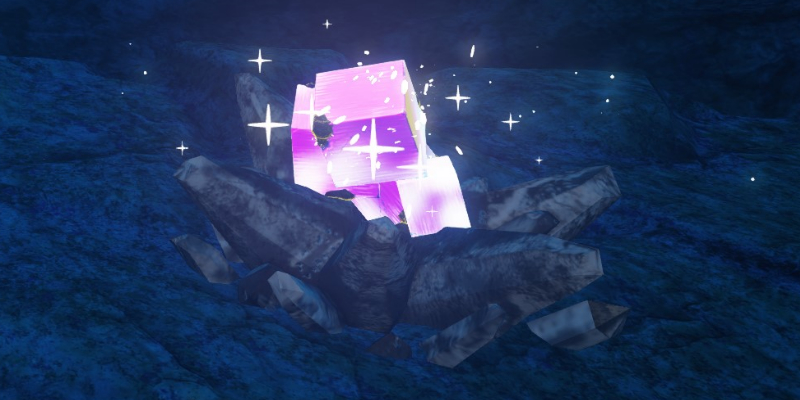 Photon Chunk is a two-star rarity mineral ore found in PSO2 New Genesis. Despite it being a lower-tier ore, Photon Chunk is actually one of the rarer ores in the game. It doesn’t spawn in too many locations, with the majority of it only found around Balflow Falls in South Aelio.

It has a few uses, but it’s mainly used to unlock the potential of weapons. Unlocking a weapon’s potential enables a series-specific perk that can increase DPS considerably. Examples of this are the current best-in-slot Straga weapons which can provide up to an additional 27% potency when their potential is fully unlocked. Certain series of weapons rely on their potentials to make up for their lower base stats.

Interestingly, the most efficient locations to farm Photon Chunk coincide perfectly with the best areas to farm Dualomite. Therefore, those desiring peak efficiency will want to read our Dualomite gathering guide. However, there are some additional lesser-known spots that are also worth checking out.

The first can be found in a cave located to the northwest of Balflow Falls. It can be entered from either the west or east, but it’s easier to locate from the west. Teleport to the Aelio Town Ruins Ryuker Device and travel directly east over the first cliff you find. 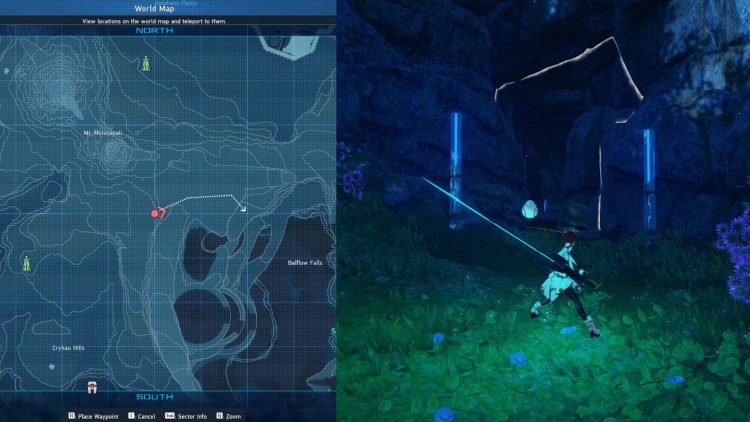 Shortly after, a second cliff will be encountered, but this should not be climbed. Instead, use the map above as a reference to locate the entrance of the cave. Follow the cave all the way east, mining any ores that you find on the way.

Be aware that the western cave entrance happens to border South Aelio and West Aelio. When loading into a new area in PSO2 New Genesis, materials like Photon Chunk don’t load in immediately. It’s possible to miss one of the spawns if you rush through the cave too quickly.

If continuing from the first location, simply head directly south until you encounter a large opening hidden behind a waterfall. This hidden cave is found on the lowest level of Balflow Falls, so be sure to drop down all the way to the bottom.

Alternatively, players can teleport to the Balflow Falls Ryuker Device and glide down to the southwest of the area. This cave is visible from the R Mag to the southeast so it may also be worth visiting after feeding the R Mag. High-level players often use the R Mag to improve their chances at receiving rare drops, so this is a good opportunity to get two important tasks done in one trip. 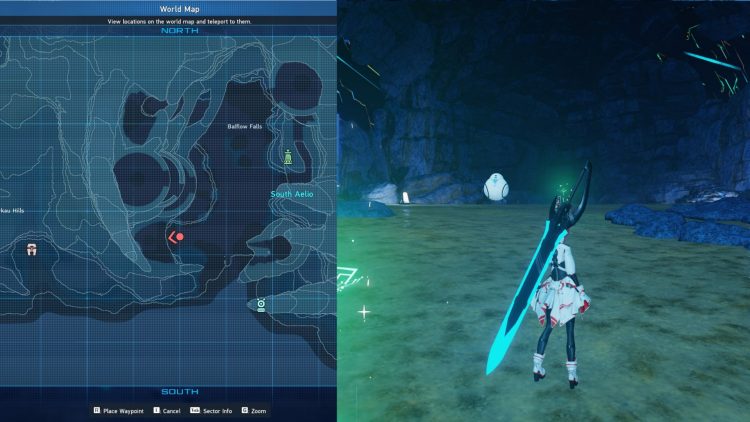 This cave usually only contains one or two Photon Chunk spawns, but it is still a reliable location that’s easy to find. One of the nice aspects of Balflow Falls is that it has several caves worth exploring that can be farmed back to back. This makes the task of gathering large quantities of material ores relatively easy.

These two locations can return around 10 Photon Chunk if explored fully. Some Dualomite ore will likely be found on these routes too, as that and Photon Chunk tend to spawn close to one another. Be sure to collect both to save yourself time in the future.