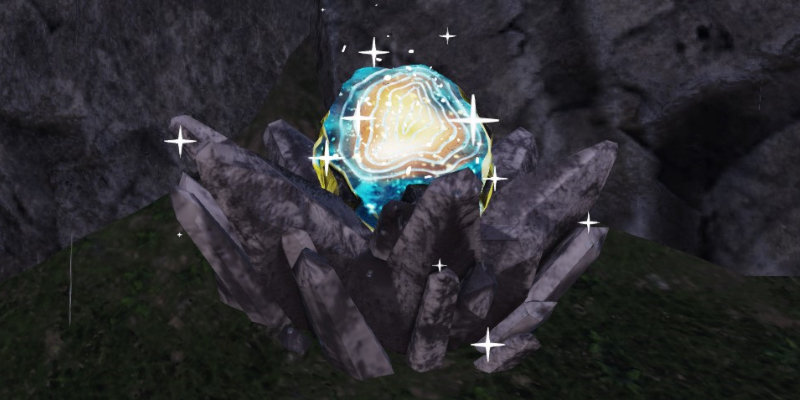 Trinite is one of the rarest mineral ores found in PSO2 New Genesis. Trinite has a three-star rarity, and there is only one other ore that matches its value in Sega’s popular MMORPG. With it being such a sparse resource, farming a large quantity of it can be tricky unless you know exactly where to look.

Trinite is arguably the most important ore for players looking to reach the current end game. Creating many of the meta-defining augments like Mastery and Ael Domina requires substantial amounts of Trinite. Furthermore, it is required to limit break three-star rarity equipment. The upcoming Glissen series is also confirmed to be three-star and will therefore require Trinite to be upgraded.

The first spot where Trinite can be farmed is located at the top left of Aelio. The easiest way to access this area is to teleport to the Altolani Plateau Ryuker Device in North Aelio. After arriving, head directly north until you reach the nearby cliff face.

The Trinite spawns are scattered around the area highlighted on the map below. It is best to start off by harvesting resources on the top level and then dropping down to the two lower levels of the cliff afterward. This way, it’s unlikely that you’ll miss out on any potential ore spawns. 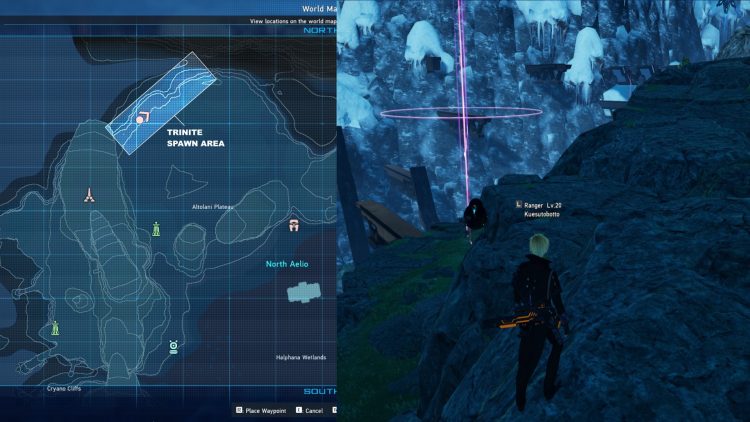 Although this area is best for Trinite, it’s not the only resource worth gathering here. North Aelio is home to PSO2 New Genesis‘ richest Photon Quartz farming spots. Most upgrades that require Trinite also make use of Photon Quartz, so it’s good to gather both at the same time.

The amount of Trinite netted from harvesting this area in PSO2 New Genesis varies greatly. On good days, you can earn returns in excess of fifteen Trinite, but it’s possible to receive as few as five. Either way, this spot is definitely worth visiting daily given its close proximity to a Ryuker Device.

Although not exclusive to North Aelio, Trinite spawns outside of this region are less convenient to harvest. Therefore the second spot worth farming is also located in North Aelio. More specifically, you’ll want to head over the hills directly south of the first location.

This area can be a little awkward to reach, as there aren’t any natural climbing spots to venture up. Usually, I teleport to the Altolani Plateau Ryuker Device and then try to parkour up the west side of the hill. Those who don’t want to deal with the inconvenience may find it easier to teleport to the Cryano Cliffs Ryuker Device instead. From there you can run northeast and glide over to the hills with ease. 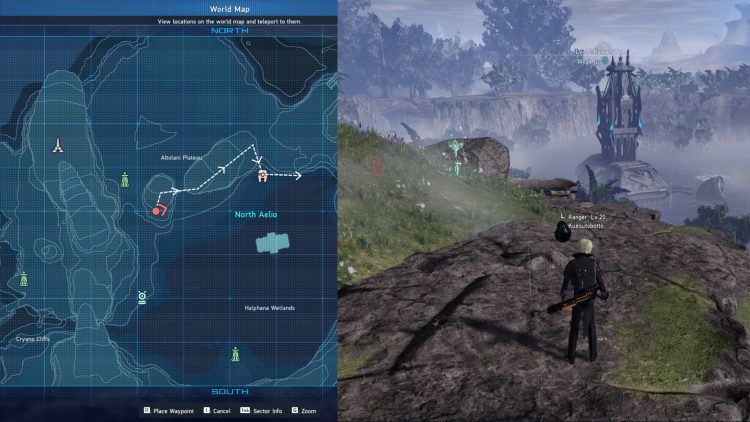 The map above shows the most efficient route to farm Trinite in this area. Make sure to always look over the cliff to the south of the starting point as this area. It regularly has one or two Trinite spawns. Also, after finishing with the two hills, it’s worth dropping down to look around the Cocoon. An extra two Trinite ore spawns can appear there.

This is one of the most valuable farming routes in PSO2 New Genesis, as up to 20 Trinite ore can be harvested on it. However, an average run is more likely to return between eight and 12. Any players looking to future-proof themselves will want to take advantage of both of these routes. Trinite is already used for various four-star upgrades and will likely become even more important once five-star rarity equipment is released in the future.

Wonder Boy: Asha in Monster World review — Have a heart