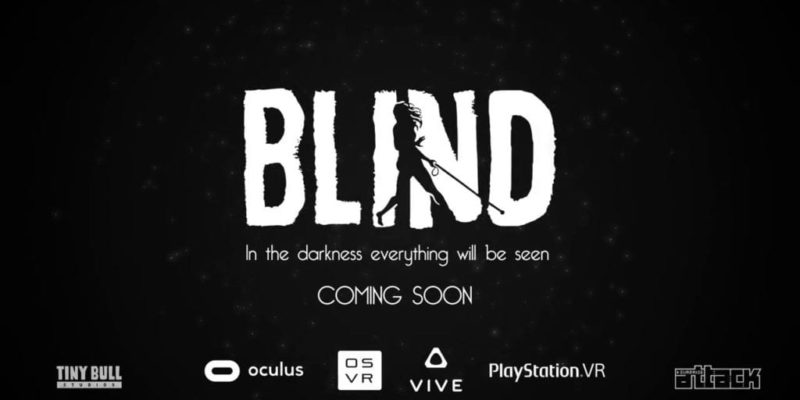 Indie developer Tiny Bull will take VR players on an adventure deprived of their senses in Blind which is coming to the Rift and Vive this spring.

In Blind, players take on the role of a young woman who has lost her sight and woken up in a room not knowing how she got there. She must now explore a mansion, goaded by the mysterious Warden, using echolocation with sound waves briefly revealing outlines of objects. TYhe sound waves help her navigate around the mansion and solve puzzles to help her understand what has happened to her.

The game was born out of the 2014 Global Game Jam which had the theme of “we don’t see things as they are, we see them as we are,” and they won the Best Game Award at the Turin Italy jam with what was then called Come to See My House which was the prototype for what is now Blind. Indie label Surprise Attack Games subsequently picked the game up.

VR is the perfect fit for a game such as Blind and it’s a great idea. Blind is coming “soon” so watch out for it.

Several PC Racing Games Discounted Up to 80% on Humble Store