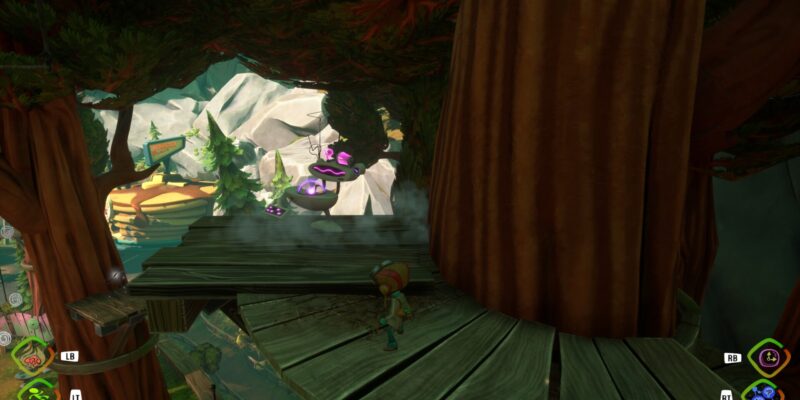 There aren’t many sidequests in Psychonauts 2, but Gisu’s sidequest can be found as soon as you gain access to the Quarry. From the exit of headquarters, take a look to your left and you’ll see a treehouse in the distance. Head up there and you’ll find Gisu and another character. Chat with Gisu and she’ll try to talk Raz into doing her work for her, on account of her being lazy and manipulative. Raz is a 10 year-old child, so he obviously says yes to this. That’s great, Gisu. Your mission, if you choose to accept it, is to find three psychoseismometers, vent them, and then return to Gisu for your reward. Naturally, this isn’t super simple and will take a bit of elbow grease. Here’s how to track down those tricky psychoseismometers in Psychonauts 2.

Now, before we talk about the where, we should talk about what these psychoseismometers are. They’re basically little consoles that Raz can interact with. Once he does, he gets pulled into a combat arena. Simply beat all the enemies and you’ll vent the thing and your mission will be one step closer to completion. There are three of them in total: one is in the Quarry, but the other two are in the Questionable Area. In case you’re having trouble, you might want to wait until you’ve gotten some more health before trying them out. Using telekinesis and pyrokinesis is also very helpful when fighting off the hordes.

The first one is hard to miss. You pass it when walking to the entrance to the Questionable Area. There’s a barrier preventing entry, but you just need to burn it and make your way through the cave. The console awaits you at the end. As for the second one, head into the Questionable Area and find the Sassmo cave. You can tell you’ve found the cave because there’s a giant piece of artwork depicting a sasquatch-like creature. You don’t actually want to go in the cave; but look to the right of it. You’ll find an alcove with a cave blocked off by rubble. Clear the rubble and you’ll find the second console right inside. 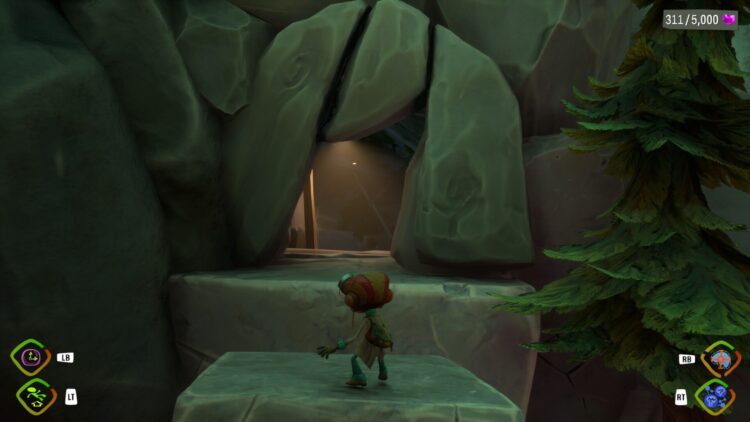 The third psychoseismometer is the trickiest to find. Head to the campground sign to the left of the waterfall and look up towards the treetops. There’s a ridable gust in the air that you should be able to see from the ground. Make your way up the treetops as best you can and then use levitate to glide into the gust. It’ll carry Raz to a platform containing the third and final console. Once you vent it, simply make your way back to the tree house in the Quarry and talk to Gisu.

Your reward for Gisu’s sidequest in Psychonauts 2 will be familiar if you’ve completed Lili’s sidequest, as you just get another rank up. Considering the amount of legwork, that might not seem like a great incentive. But you got to explore and see some cool places, so I guess the journey has to be enough. Plus, you need it if you want to get to rank 102. Good luck with all that. 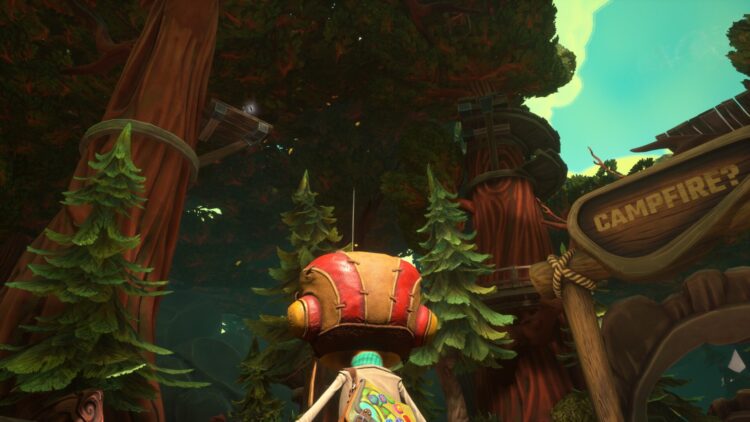 Psychonauts 2 — Lili’s sidequest: How to find the fungus

Psychonauts 2 boss guide: How to beat the Lucktopus