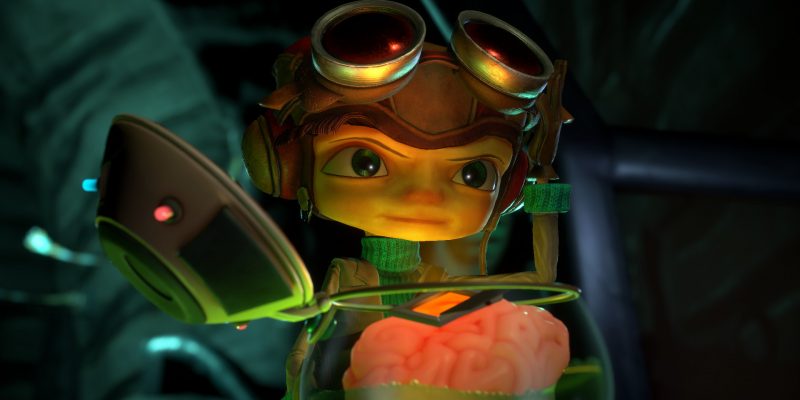 We’re one step closer to getting a Psychonauts 2 release date — at least, that’s what it sounds like. Developer Double Fine Productions revealed today that the highly-anticipated platformer is fully playable and is coming in 2021. However, the studio still refuses to give an exact release date. Thankfully, given the development updates that fans have received in recent months, Psychonauts 2 seems like it could arrive any day now.

“Yes, Psychonauts 2 is this year…but no I can’t tell you when because someone from THE COMPANY would arrange for a mysterious ‘cactus accident’ to happen to me…” Double Fine wrote on Twitter. “But it is real. It is playable. It is coming.”

“Playable” doesn’t exactly mean that Psychonauts 2 is finished and ready for release. However, that word does provide a glimmer of reassurance for fans that the studio is making progress. Double Fine has also been very adamant about a 2021 release after some delays in the last two years. There’s only eight months left in the year, so at the very least, a release window can’t be far.

LONG RAZ IS STI>LL HERE HE WILL *GET* ME IF I SAY ANYTHING pic.twitter.com/38lcwbXTbC

The small update came alongside Double Fine’s celebration of Psychonauts‘ birthday on Twitter. The original game launched 16 years ago today, so a sequel is long overdue. In the meantime, fans can nab the first installment for half off on Steam in honor of its birthday.

We may not have a release date yet, but the Psychonauts 2 team has kept fans in the loop regarding development. Double Fine has shared several trailers and updates in the last few years, so fans know what to look forward to with Psychonauts 2. According to the latest news back in January, Double Fine leader Tim Schafer confirmed that the game’s script is complete and recording is finished. The finished script, combined with the fact that Psychonauts 2 is “playable,” make the upcoming release feel very real. Hopefully, the final step in the coming weeks will be to finally give Psychonauts fans a solid release date.