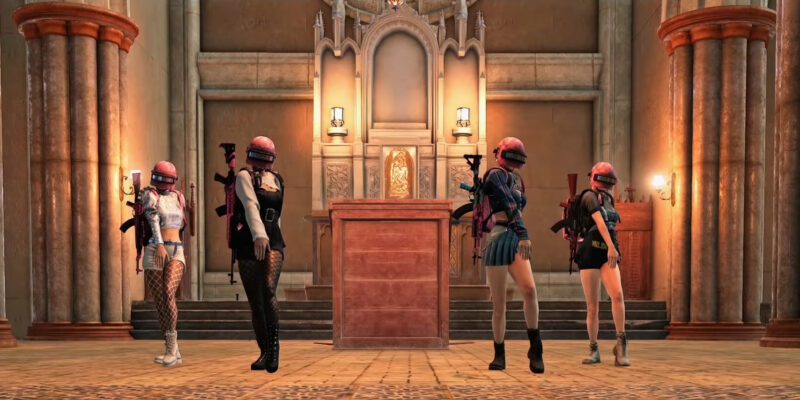 Developer Krafton has really embraced its South Korean side for PUBG this year. The battle royale’s latest map, Taego, is based on the autumn landscape of the country. Last month, the South Korean soccer star Son Heung-Min along with Son-branded items were added to the game. Now, Krafton has announced a collaboration with K-pop band Blackpink for a new set of in-game PUBG cosmetics.

Unlike the Son collaboration, the Blackpink stars will not get their faces in the battle royale. The faces shown in the announcement trailer were created just for the video. Since you’ll have a helmet covering your face at pretty much all times, faces aren’t really that cool of a cosmetic anyway.

There’s no list of items included in the Blackpink bundle, so we’ll need to scrape the trailer to try and work out what goodies we’re getting. There are clearly four unique outfits, one for each band member. Hopefully, you’ll be able to mix and match the pieces to create multiple outfits. It looks like there are three weapon skins. Possibly a two-tone AK-47, a very cool-looking Beryl, and a branded SKS. There’s also a boldly pink Level 3 Helmet, three different bag cosmetics, and a Blackpink pan.

The trailer also suggests that the banner flying behind the plane will change for the duration of the collaboration event. The banner matter-of-factly announces that Blackpink is in the building. Players will also be able to show their love for the band while dropping from the plane with Blackpink parachutes.

It wouldn’t be K-pop without dancing. We expect the dance that the band is performing in the trailer will also be added to the game as an emote. Maybe you’ll also get to listen to a snippet of their latest hit single, Ddu-Du Ddu-Du, while emoting.