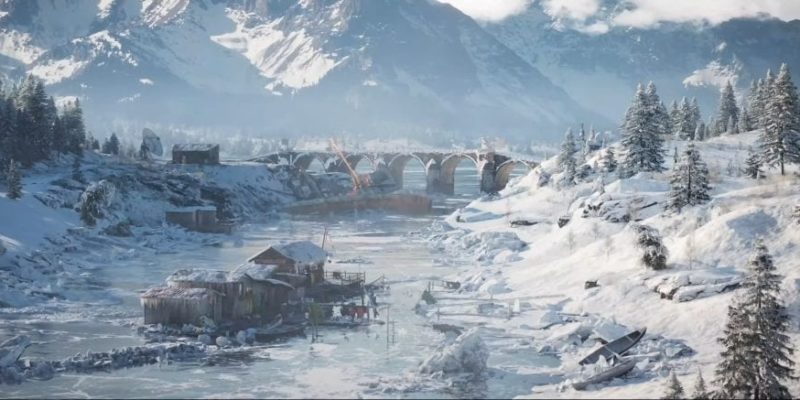 The art director for PlayerUnknown’s Battlegrounds took to the stage during The Game Awards 2018 to announce that a new map would be coming to the PC test servers. But, that wasn’t the only thing he had to share regarding the snow-covered tundra that players will be embarking on. The new map is titled Vikendi, and it’ll be be available tonight once The Game Awards show has ended.

Do You Wanna Kill A Snowman?

The map is more than just a blanket of white frozen stuff covering the ground. Snow changes things, and offers up new tactical options. As one example, footprints and tracks will show up. You’ll leave trails behind, but you can also track other players with these, which we’re sure players will find cunning ways to use.

There are also new mechanical items being added. For combat, the G36C assault rifle will now be accessible. To make it easier to traverse the elements, a new snowmobile is also available to run over players drive fast in the snow. Curd promises that it will be “very new, badass” and fast.

The full release for PUBG on the live server will come for everyone down the road on December 19, 2018. Xbox One and PlayStation 4 owners will have to wait until January 2019 to partake in powdery poundings.

Introducing Vikendi: A brand new map wreathed in snow. Winter has come to #PUBG and you'll need to adapt if you want to survive.

Play Vikendi starting tonight on PC Test Server! Launches on PC Live Server Dec. 19 and in January for PlayStation 4 and Xbox One. pic.twitter.com/gUzZQgJ2WI