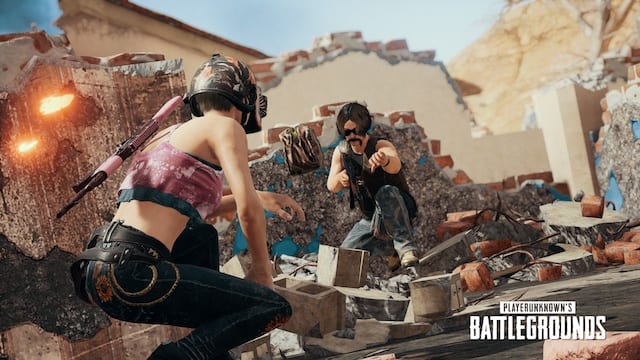 It feels like only yesterday we were prepping for PUBG Season 4, but here we are, already looking at the next new update coming to PlayerUnknown’s Battlegrounds. Update 5.1 is currently in the game’s test servers, and PUBG Corporation has published a new blog post to discuss exactly what it brings to the table. The video down below provides full details on what’s in store, but here’s a breakdown of the most significant features.

There’s a new loot station in PUBG’s world: vending machines! With these, players can restock their backpacks with supplies straight from the machine. They can snag bandages, energy drinks, and painkillers. You can find these machines in both Camp Jackal and random locations in Miramar, such as the Casino and Arenas.

That said, maybe don’t try to steal the machine. The developer explains that it’s “protected by cutting-edge anti-theft technology,” and trying to boost it could give away your location. Just purchase what you need and move on.

Another big new addition for PUBG is the ability to throw weapons. If there’s a melee weapon that’s of no use to you, or you just want to get a jump on the enemy, you can now hurl stuff at your foes. They make for a handy diversion when you’re trying to find something more lethal to finish your opponents off. While the machete, crowbar, and sickle are ideal, the pan is throwable as well.

PUBG‘s Survivor Pass has also made a return, bringing with it a number of new rewards and missions to unlock. Various systems also show improvement, and there are a handful of community missions as well. Get your teammates together for these!

Those are most of the big features, but there’s a full breakdown in the notes featured on the PUBG blog page. They break down some of the more abundant stuff section by section.

The update is live in PUBG‘s test servers now. It should download automatically the next time you start the game.

The Internet Archive brings 2,500 MS-DOS games to your browser

By Logan Broadley3 mins ago
Hardware

By Sam Robins28 mins ago
Hardware