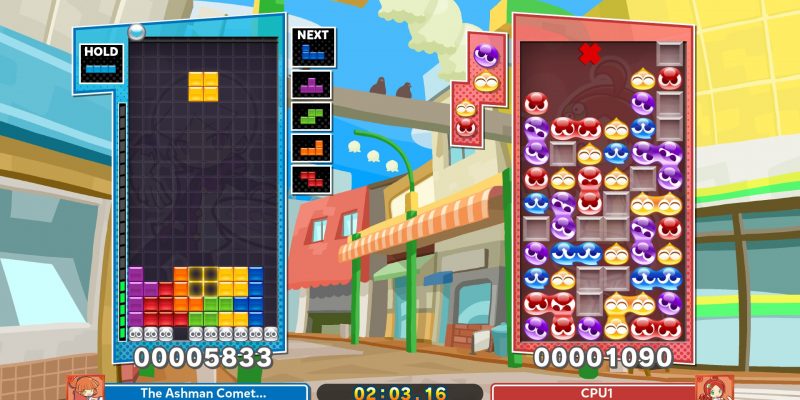 Mixing two beloved things is a classic recipe for success. Aliens vs. Predator, Marvel vs. Capcom, Pac-Man X Call of Duty. I may have made one of those up, although I’m not saying which. Puyo Puyo and Tetris already got a crossover. And guess what? They get another one. Puyo Puyo Tetris 2 dropped onto Steam yesterday and, okay, it’s been out for a few months on pretty much every other platform. Regardless, PC players finally have access to the gruesome twosome’s triumphant return.

If you’re not familiar with the subseries, Puyo Puyo Tetris 2 combines the two franchises into one. This works out better than it sounds, mostly due to the degree of creativity on display with the way they’re juxtaposed. For starters, you can play with as little or as much extra stuff as you want. If you only feel like playing one game and not the other, the opening menu accommodates that with basic versions of each game selectable. Once you dig in further, there’s a lot more at your fingertips.

One of the main attractions is the adventure mode, which allows you to play through a series of stages alongside a large amount of visual novel-esque story sequences. The basic gist of Puyo Puyo Tetris 2′s story is that the two worlds from before have once again merged, although the main characters have forgotten about each other. 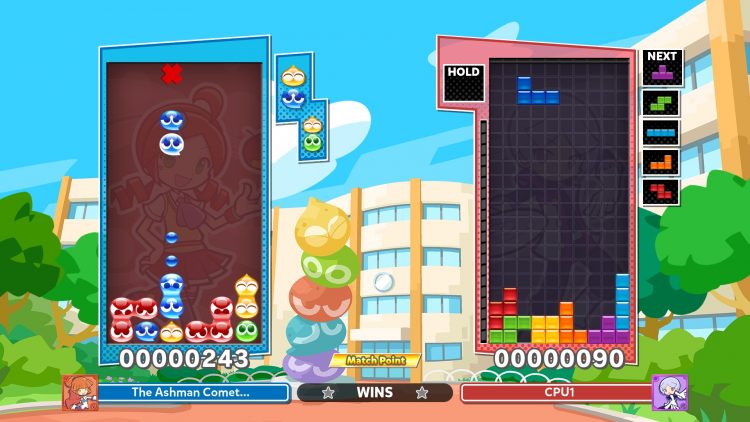 The adventure mode begins when space captain and Tetris expert Tee lands and his superior explains to him and a member of the Puyo-loving populace that the worlds are merging, which means big trouble for everyone. He tasks them with figuring out why this mess is happening again and stop it dead in its tracks. The story sections have both English and Japanese voices and the dub is actually good. Whether you can actually stomach the story is another matter. But it’s cutesy and doesn’t take itself seriously at all.

The power of two

What follows sees you playing the two games against a computer-controlled opponent. Sometimes you’ll be playing Tetris, otherwise you’ll play Puyo Puyo. There are times in which you you can choose. Your opponent can be playing either/or. You can also find yourself facing off in some of Puyo Puyo Tetris 2‘s other modes. One of these is the skill battle, where you gain magic points by playing, using them to unleash skills while clearing lines and Puyos to damage your opponent. That’s just one of the game’s many modes, though.

If you don’t want to bother with adventure mode, there is plenty to accomplish. There are lessons for each game, plus the fusion variety, and solo games against the CPU. The game also includes local and online multiplayer, which is where the real meat is. There are a bunch of selectable characters and varying rulesets combining the two games. Simply put, there’s a lot of content in Puyo Puyo Tetris 2. One of my favorite modes is one that randomly swaps between the two games on a timer during the same match. 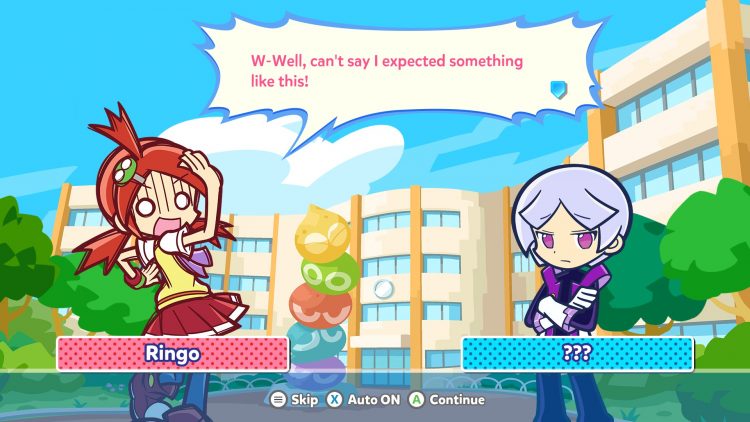 How much you’ll enjoy everything that Puyo Puyo Tetris 2 has to offer will depend on how you feel about each game, but there’s plenty to like here either way. There’s a lot more content and a sleeker UI to be found compared to the first game. But Tetris has apparently been slowed down a lot here, and its viability is cut down some in regards to attacks. But that’s something that’ll possibly only bother more serious players, as newbies and more casual players won’t notice. My vote is that the game is very much worth picking up, as it’s highly entertaining and has a ton of bang for your buck.

Nvidia GeForce RTX 3080 Ti release pushed back to May