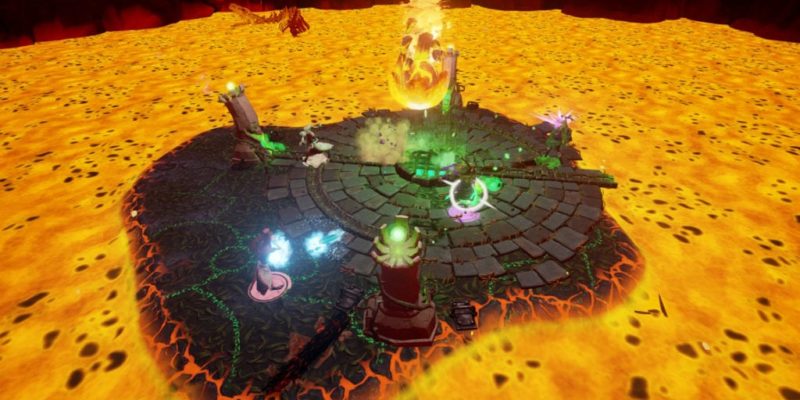 Like many games in Early Access, the PvP brawler Spellsworn, which is inspired by the Warcraft 3 mod Warlocks, has struggled to build its player base which for an online-only game is not exactly great.

Frogsong Studios has decided to take a different approach for launch and announced that the game will be completely free to play. There is also no catch, the game will be funded through the sale of cosmetic items only.

“The competitive nature of Spellsworn is ideal for a free-to-play business model and this change in monetization will make it easier for our community to grow and enjoy the fast-paced arena battles through a seamless matchmaking system,” said Stefan Jonsson, CEO of Frogsong Studios. “We want to stress that only cosmetic items, like skins and staffs, will be monetized, which will not affect the gameplay in any way. Players, who acquire Spellsworn before the launch, are in for a treat as they will be granted six unique items, two of which will be exclusive to the Early Acces owners only!”

If you missed this due to the sheer amount of games on Steam, it’s a PvP arena type game where players use skills to take out opponents. The characters are split into different disciplines, offensive, defensive, area, utility, and travel. Players fight it out in teams or free-for-all over five-round matches for up to eight players.

At the end of each round, players can purchase spells to make it more challenging for the enemy team. The arena will also change as players fight to stay within its boundaries and ultimately win the battle.

Spellsworn has been in Early Access for some time and it will finally release in March.