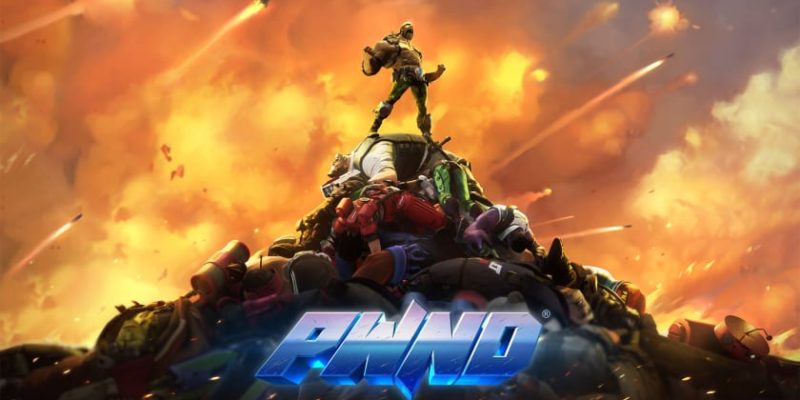 While the games media continues to extol the virtues of battle royale games like Fortnite and PUBG, and even Overwatch, there are so many games that slip under the radar and are not given the column inches they deserve. One such game Skydance Interactive’s team shooter Pwnd.

Skydance Interactive was co-founded by Treyarch co-founder Peter Akemann and includes a team which has worked on Gears of War 4, The Evil Within, and Brothers: A Tale of Two Sons.  Skydance also created VR title Archangel which was released last August. Pwnd has been largely ignored since it went into Early Access last year and now it’s taken the next step and gone free to play.

Although Pwnd has been “released”, it’s obviously still in development as there are only five characters at the moment, three maps, and loot crates are “coming soon”. What Pwnd does have is some rather unusual game mechanics and this game is not just about killing players, it’s about Pwning them. Matches are 3v3 affairs on relatively small maps with each player picking one of the five characters each with their own special abilities and personalities. It’s a  bit like Overwatch on speed with plenty of verticality. 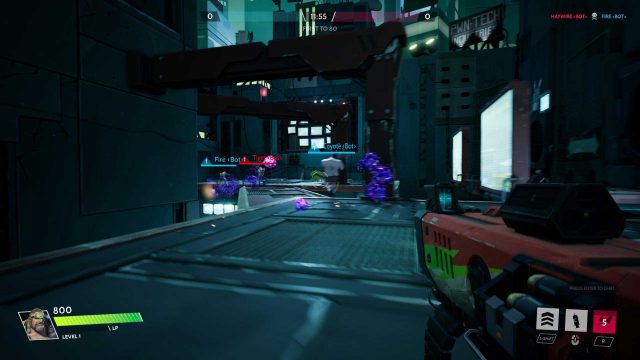 The five characters include Hank “The Humiliator” Harris who’s a equipped with a rocket launcher, Mack “The Law” Lawson comes with heavy armour and force shields, Victor “Splice” Guerrero who can slow opponents with sticky goo, Veronica “VEX” Cervantes the Cyber ninja who relies on speed and time manipulation, and finally Rise “The Pwnisher” Ito and her mech suit and Pwn Bot assistant. Each of these characters not only looks great but sound great too. Like Overwatch, the characters can also be customised with different skins and audio assuming you have enough credits. In fact, the game appears to be going the same route as Overwatch when it comes to cosmetics, items and loot boxes.

Instead of overloading the player with loads of abilities, each character comes with three abilities with cooldown as well as a standard weapon. The key to Pwnd is using your abilities and weapons in tandem to move around the map whether it’s rocket jumping or using another movement ability to capitlaise on the verticality. Pwnd is super fast and the matches are frantic because of the way in which the game’s point scoring system works.

To win a match, the team needs to reach 80 points and this is achieved by Pwning the opponents. When a player is killed they are not completely dead, they can be revived by teammates, crawl to a health pack, or be Pwnd by the attacking team. Pwning involves standing over the player and activating the Pwn key. When a Pwn is activated, an animation plays of you dancing over the fallen foe and there’s a countdown for the Pwn to complete which makes you a sitting duck to the rest of the enemy team. Being Pwnd is the ultimate humiliation and the animations and voice lines are great. Watching a small robot pelvic thrust over your sorry corpse is amusing. 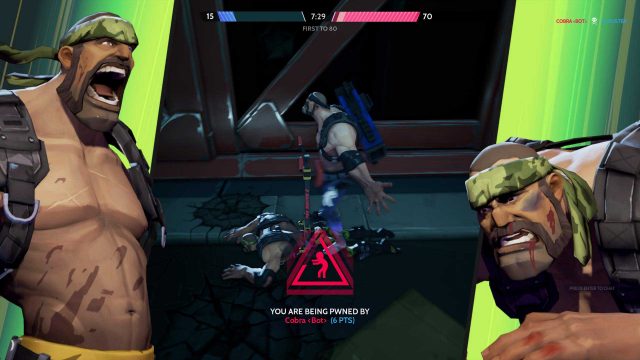 If you are killed while making the Pwn then you don’t get the credit because you can in-turn be Pwned. When players attempting the Pwn are killed their bodies pile on top of the others creating a Pwn Stack. If you manage to Pwn the Pwn Stack you get bonus points for the team. There is one final thing to note, when downed you can be picked up by the enemy and moved to a quieter spot for them to make the Pwn, be carried and piled on top of another Pwn to create a stack, or taken to a bonus zone so they get more Pwn points.

This sounds complicated but when you start playing it really isn’t and the mechanics of Pwning add a little extra piece of excitement to the action instead of just killing a player and getting a kill point. It’s extremely well executed.

The game comes with a decent training mode, bit matches, and twenty single-player challenges that can be completed to get players used to the physics and actions like rocket jumps. It’s a great way to test the abilities. You can just jump in and start playing with real players and it should fall into place pretty quickly.

Skydance are utilising all the key elements that should keep players playing match after match. Quick games that can last under 10 minutes, incentives with cosmetic rewards, and characters that actually have a personality. There’s also a cheeky nod to Overwatch’s Tracer with the character Vex. Remember that 0utrage of the over the shoulder Tracer ass pose. VEX has sort of revived it in a more subtle way. 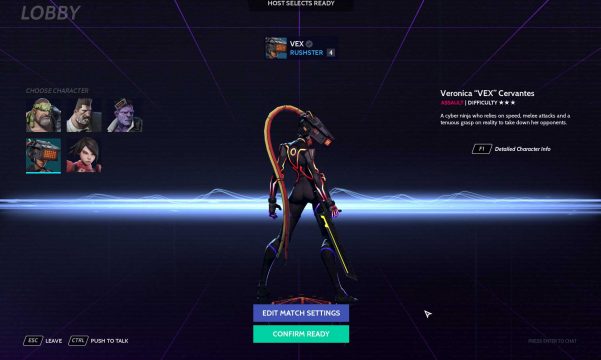 Skydance has also integrated Discord voice chat into the game and players can easily communicate by holding down the CNTRL key which is a plus, although I have yet to join a match where players are really communicating. Perhaps that will come as players get more comfortable with the gameplay and tactics.

I’ve spent the weekend with Pwnd and I have to say it’s thoroughly enjoyable. Now that it’s free to play, I suggest you drop in and give it a shot. How the game will develop further in the months ahead remains to be seen but hopefully it will be given a chance by PC gamers. We need some variety in the shooter space and Pwned is at least a little different. We’ll hold off on a review score for now until it’s a little more developed but do give it a try.