Back in 1998 when the FPS genre was king, there was a little-known franchise called Quake that people used to play. In fact, it was one of the most popular games of its day, which led to numerous sequels and even an arcade spin-off known as Quake Arcade Tournament.

The title was developed by Lazer-Tron and featured a trackball for aiming with buttons for shooting, weapon cycling and jumping. The game came in a cabinet housing with a 27″ 640×480 display and ran on a Quantum3D Quicksilver Arcade PC. In fact, the hardware behind that fancy name was nothing more than a 266 MHz Pentium II processor. Did I mention it ran on Windows 95? Talk about a flashback.

Unfortunately, Lazer-Tron never manufactured all that many of the machines, which made Quake Arcade Tournament somewhat of a rare experience. However, that has finally changed, thanks to the hard work of dedicated fans. Copies of the game have been available for the past several years, but a persistent copyright dongle prevented play. The MAME emulator now has what it needs to run the game on PC though, thanks to Github user mills5. The decrypted executable will boot the game right up for your pleasure and enjoyment, just like old times. Perhaps for the first time. 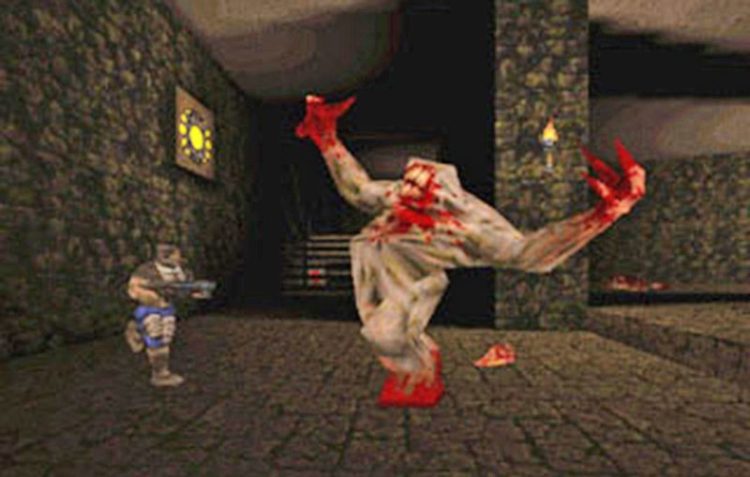 Diving into Quake Arcade Tournament, you will discover that it plays like Quake 1, despite having a Quake 2 map. Enemies may catch you by surprise though, as they will drop boxes when they die. The game apparently offered tokens back in the day, which could be redeemed for premium arcade prizes.

This PC port is indeed a relic from another age, but a welcome one in 2020. The prime days of arcades are long past, but games like Quake Arcade Tournament remind us of the humble beginnings of gaming. If you’re ready to try the game for yourself now, just keep in mind that you will need the MAME emulator and the quakeat.chd file for the decrypted executable.

If you want even more Quake in your life and gaming library, you can go grab Quake 3 for free right now. Bethesda is giving away the multiplayer classic to everyone, courtesy of a successful QuakeCon fundraiser.