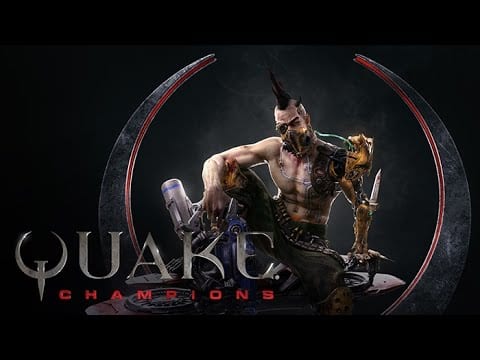 The latest Quake Champions character to be revealed is the hoverboarding Anarki.

This guy may not be everyone’s cup of tea, mainly because he sounds really irritating, but he can get around the maps at quite a pace.

Love him or hate him, Quake III Arena veterans will recognize Anarki immediately from his days flying through the maps on his signature hoverboard. The board’s back, the mohawk’s back, and so is his drug-addled, cybernetically enhanced transhuman attitude. Anarki is all about speed – and needles – and his hoverboard means you are going to be moving fast. Really fast.

His skills are as follows:

Passive Ability – Hoverboard Air Control: Anarki’s hoverboard is a brutal bonus. Anarki is already one of the fastest Champions in the game, but the hoverboard means he can actually gain speed as he strafe-jumps around the Arenas, reaching a ludicrous velocity. In addition, his hoverboard awards a special Passive Ability that allows players more control in mid-air to turn sharply and chase down enemies or escape those who dare follow him up a jump pad.