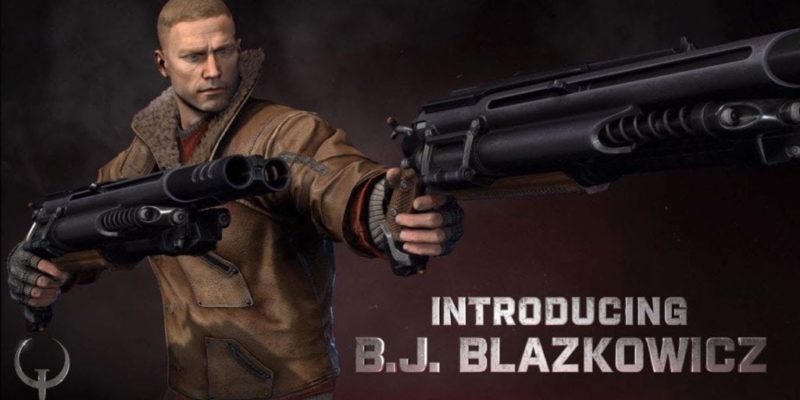 Bethesda have revealed a host of new bits and pieces for Quake Champions, which is currently in closed beta.

First off, Wolfenstein protagonist BJ Blazkowicz is a new Champion. He’s entering the arena alongside three new maps, a Tribolt weapon, and “a host of new and improved features.” Not only that, but the closed beta is going to continue and will be kept live 24/7; you can sign up to get a beta key now over here, although I don’t know whether that key will give you immediate access to the game. If the closed beta is indeed now live all day every day, then I suppose it should!

You can check out some of this in the new trailer below. Quake Champions is due for full release sometime later this year – presumably around or after QuakeCon, which starts on 24 August, as that’s when the World Championships are being held.

Bethesda’s reveals are all out this year; here’s when