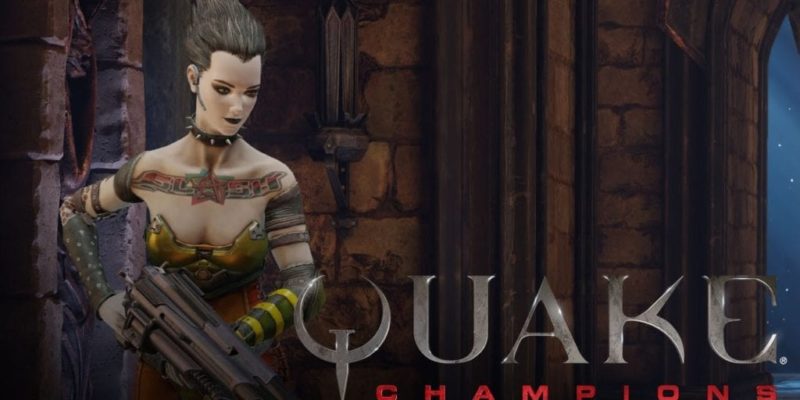 I’m still not sure why Quake Champions characters have to be on rollerblades or hoverboards. Perhaps some weird market research was undertaken by the dev team and I’m expecting to find the next one on a pair of skis.

Slash will come with the following stats and skills.

Active Ability – Plasma Trail: Activating Slash’s Active Ability leaves a bright trail of destruction in her wake, inflicting damage on enemies careless enough to pass through the wall of pain. Players can also choose to hit their ability button again, causing the trail to explode, inflicting massive damage to Champions in the area. Cut off key paths or encircle enemies or power-ups in a crushing barrier of suffering.

Passive Ability – Crouch Slide: Slash is already super mobile, but by crouching while running, she’ll use her skates to go into Crouch Slide, allowing her to move full speed while crouching and whip around corners smoother and faster than other Champions.

Dawn of War 3 Open Beta weekend gets a date