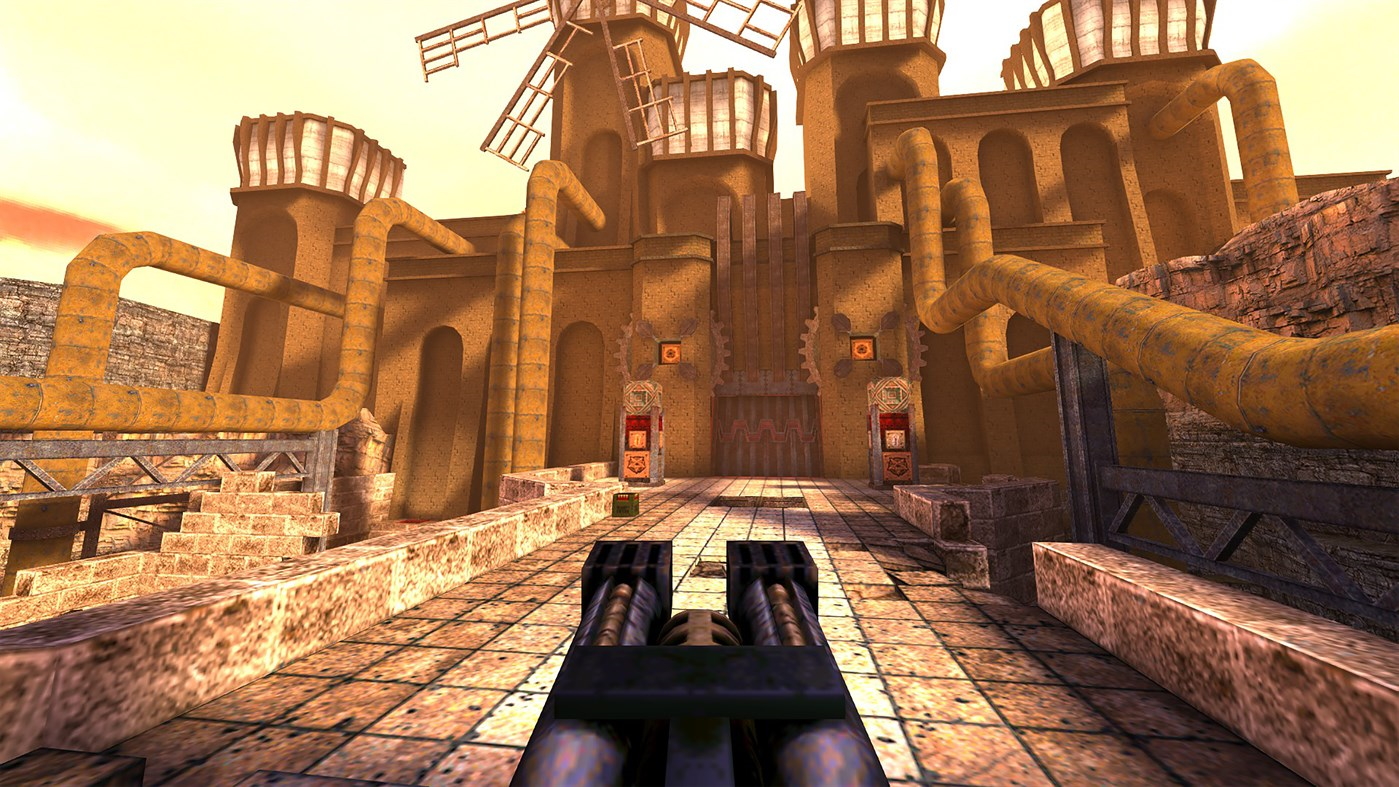 Some secrets just can’t stay secret, you know? After Bethesda let the death knight out of the bag last week, more evidence of a remastered Quake kept piling up. The game got rated (twice) before the show even began, and the Microsoft Store itself couldn’t stay quiet, opening up the information page for Quake nearly an hour before air time. Nope, this was not something meant to stay a surprise. Quake remastered was, at last, revealed during QuakeCon 2021, bringing enhanced graphics and additions — plus, it’s available today for merely $9.99 USD.

To be clear: this is not a remake of the game, which some were assuming it could be. Hell, even I had visions of a new Quake, completely reimagined in the same vein of Wolfenstein: The New Order. After all, MachineGames, the Wolfenstein developer, does have a hand in Quake Remastered. The game will include both of its expansions, plus a new one created by MachineGames called Dimension of the Machine. Quake was handled by Nightdive Studios, which has breathed new life into older shooters like Doom 64 and Turok.

Quake remastered will come with the kind of enhancements unavailable to its 1996 release. The game will be fully widescreen, supporting modern resolution options. Its new lighting engine has been improved, making its atmospheric medieval architecture pop. The remastered Quake still very much sounds the same, complete with explosions, groans, and the splatter of bloody gibs. And it all cracks off to the sound of its excellent soundtrack created by Trent Reznor of Nine Inch Nails.

Quake remastered was revealed to include multiplayer, much like the original. You can play the game co-op with up to three buddies, both in four-player split-screen local and over the internet. The game will also come with the hectic and unrelenting PvP multiplayer which made Quake a household name. It will also have cross-play, as well as support for official and community created mods — with the first being Quake 64.

The Quake remaster is available today on PC. It will cost only $9.99 USD for it new, but owners of the original game can get the enhanced version for free. You’ll even be able to swap between the old and enhanced visuals.

By Daniel Pinheiro43 mins ago
Industry