After four years, we may have another Quake game on the horizon. After publisher Bethesda posted the schedule for the upcoming QuakeCon, folks noticed something interesting about the “Let’s talk Quake” segment happening on August 20. Clicking on the morning segment brought up a description that mentioned a “revitalized edition” of Quake.

The reference was spotted by XboxEra late last night. Bethesda has since removed the mention of a revitalized Quake, with the text now reading: “Quake is back, in this special stream John Linneman from Digital Foundry talks to Jerk Gustafsson of MachineGames about the title’s iconic legacy and what it meant to both of them.” The original message included the line: “The pair will also discuss the additional content Machine Games have contributed to this revitalized edition.”

Before Quake fans get their hopes up too high, this message could mean anything. A revitalized version of Quake could allude to a console port of 2017’s Quake Champions, the last game in the series. But MachineGames does have a hand in the project, and the developer was behind incredibly popular reboot of Wolfenstein. Could a single-player Quake be once again in the making? If there was any developer with the talent to bring a single-player focused Quake back, MachineGames would easily have my vote. However, as the team is currently working on an Indiana Jones game, its contributions to Quake may be minimal at best. 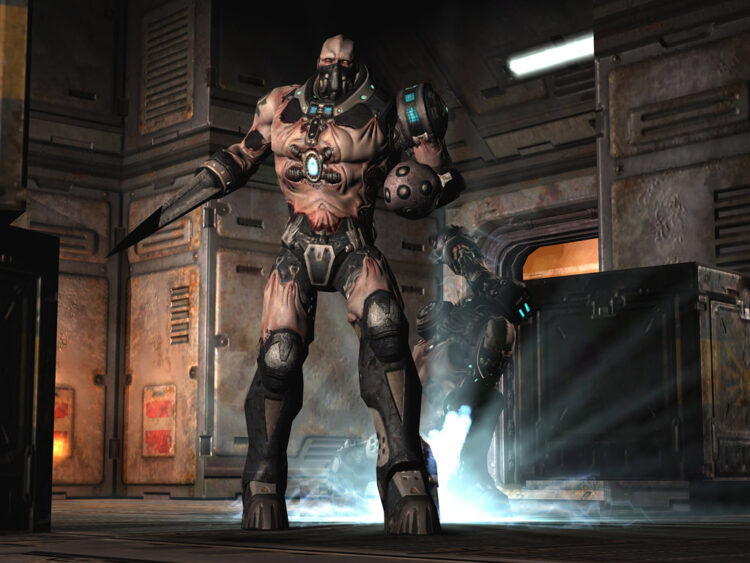 The last Quake game with a campaign was Quake 4, developed by RavenSoft and id Software, and released in 2005.

Speculation aside, we won’t know for sure until the segment begins during QuakeCon 2021 next week. The event will start on August 19 with a pre-show at noon ET. You can check out the schedule, which is now live. There will be a ton of events, covering games like Fallout 76, The Elder Scrolls Online, Doom, and, yes, Quake Champions. The show will continue through Saturday before ending at 9 PM PT.