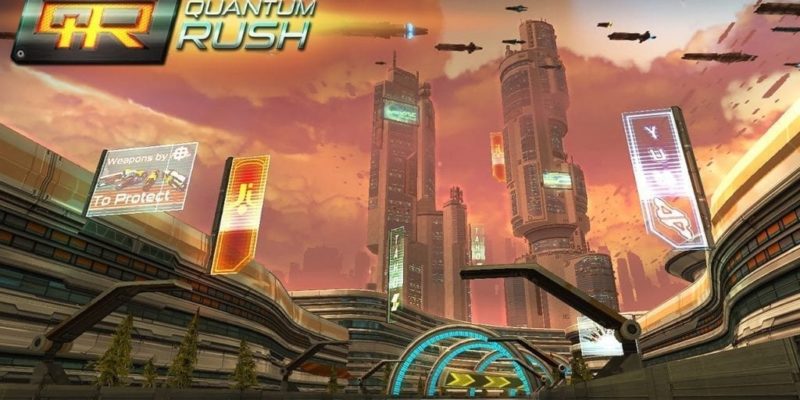 Greenlit by the Steam community

Quantum Rush fans have reason to celebrate today: a big update brings lots of improvements and new content and the game has been greenlit on Steam. Many players will probably be most excited about the new race track. The steering mechanics have been altered according to the wishes of the player community and a brand-new in-game tutorial makes for a much smoother start.

Based on feedback from their player community, the Quantum Rush team has not only made further changes to the steering mechanics but also implemented a tutorial that explains the steering controls as well as the usage of weapons and pickups, making it a lot easier for new players to enjoy the game right from the start.

Manoeuvrability has been altered to make it possible to, in most cases, master all of a race track’s turns by using the basic steering controls only. It’s now quite possible to be among the first to finish a race without employing the airbrakes. All in all, this makes playing Quantum Rush a lot easier!

The airbrakes continue to be an essential gameplay element that offers more possibilities for experienced pilots. They allow the experienced pilot to avoid unexpected obstacles faster and get through tight turns even under difficult circumstances.

The brand-new tutorial will be very helpful for those who are just about to start their racing career. It introduces the player to the controls on the race track and explains the meaning of the various elements of the user interface.

Playing through the tutorial pays off for new and old players in any case. Apart from learning a thing or two, everyone receives a generous reward in the form of credits, research points and even Qoins for completing the tutorial.

Another highlight of today’s update is the new race track named “City Speedway”. The track is available for tier 1 to 4 and is now waiting to be explored by brave pilots.

Additionally, a lot of work went into improving the server-client communication, which should result in a much smoother gameplay.

As always, the team has published a detailed list of all changes on the official Quantum Rush blog, where you will also find a video of the new race track.