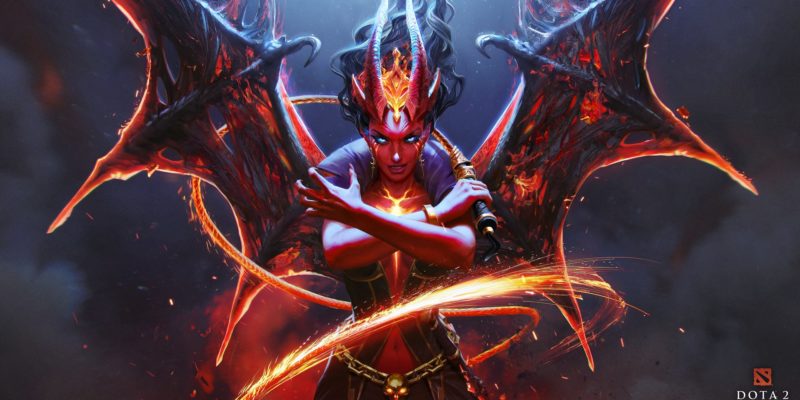 The Queen of Pain Arcana, Eminence of Ristul, has blinked into the Dota 2 The International 10 Battle Pass. That’s a series of words that will likely confuse anyone who doesn’t keep up with Dota 2.

The shiny new cosmetic for Queen of Pain is now available for free to anyone who has a Battle Pass at level 445. The thing is, “available for free” is a bit of a misnomer. Battle Pass levels are kind of hard to grind out this year, and purchasing that many is pricey, with 24 costing $10 USD. I haven’t done the hard math, but that’d come out to somewhere around $190 USD.

For those playing and winning a lot, this might be achievable without spending cash. However, others will find no doubt see this as one hell of a paywall. Of course, you’d also get all of the other rewards for those 445 levels (including the Skeleton King Arcana), but that’s still a high price. On the plus side, there’s at least a free comic about her and this Arcana available on the official page, so you can read that without paying money. 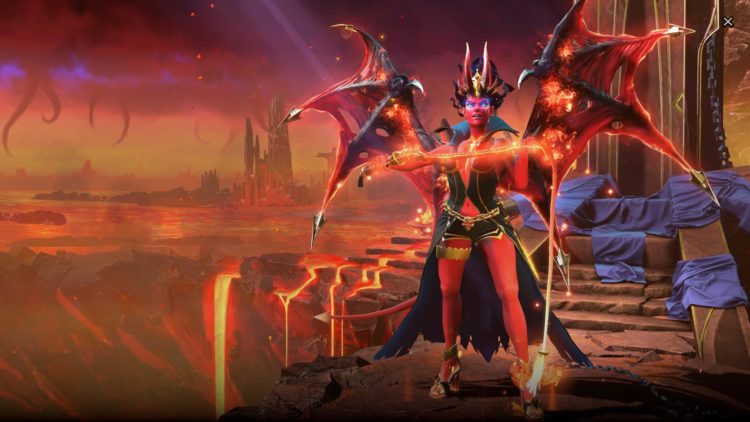 For those new to Dota 2, an Arcana is a cosmetic that changes a character’s appearance, animations, voice lines, and pretty much everything else. This has been muddled somewhat with the introduction of Personas, which effectively change the character into another character, as with turning Invoker into a child version of himself.

Specifically, the Queen of Pain Arcana has a new model, new animations, custom Sonic Wave and Blink, custom deny effects, a whip melee attack animation for enemies in close range, a “Sonic Wave pain meter”, ambient effects, and 500 new voice lines. That list comes to us from the official Dota 2 blog post. I… don’t know what that pain meter is, but I’m intrigued. 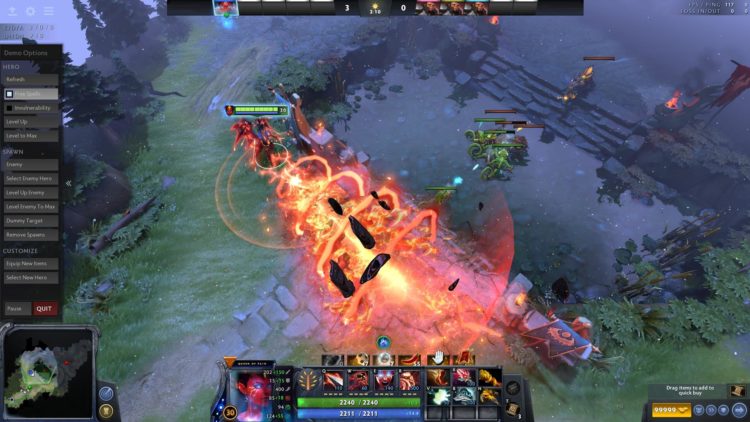 The new Sonic Wave effect is really nice, I’m not going to lie.

There’s also an alternate style for it called the Royal Decree, unlocked by “tormenting” a total of 1000 enemies with Sonic Wave in games that you win. That makes her go all blue instead of all red.

It’s certainly a pretty cosmetic, and there’s a fair chance it won’t be available again. Nonetheless, the asking price — in either currency or hours — will probably be a bit too steep for most players. Fit for a queen, but as the Queen herself would say, agony awaits.