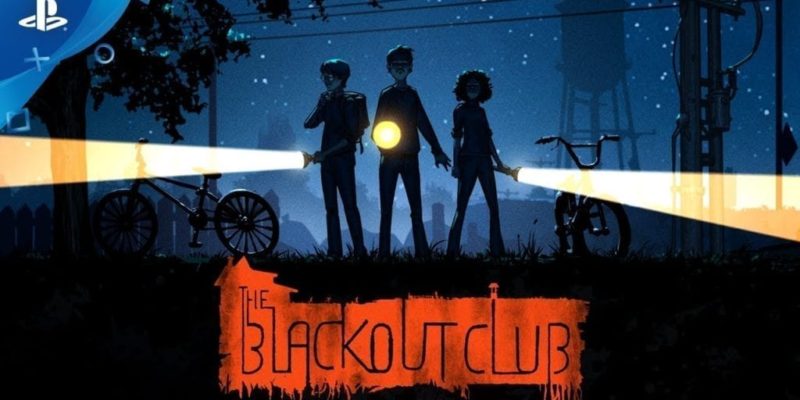 The Blackout Club is a new cooperative survival horror game set to be released early Q1 in 2019.  From a new studio called Question that was brought together by of the minds who helped develop games such as Bioshock Infinite and Dishonored. Two games that are known for their amazing world-building and stories. The Blackout Club is set in a small, modern town, a group of children wake up and have mud and scratches all over them without having any recollection of the prior night. Some even lost their memory from the past couple of days, and none of the adults seem to care.

“There are others like you. Your new group of friends bonded over this shared secret, forming a club to investigate the cause of these Blackouts” – Question

You follow a group of teens as they ban together in hopes of proving that something out of the ordinary is going on in their small town. As well as solving the mystery of the disappearance of one of their best friends. This game really gives off the vibes of Stranger Things and IT, mixed with the cooperative experience of Left 4 Dead. Each night while exploring the town and its maze-like sewers, you’re accompanied by the game’s daunting, yet mesmerizing music. You’ll use clever tactics to outsmart the adult foes and videotape the evidence they are trying to hide. Group members each have their own roles to play in gathering evidence to prove the crimes of the adults, including deploying drones and traps.

Similar to Dishonored, there are many different ways to overcome an obstacle which gives freedom to the player to find new ways to play. Developing this game as a Co-op title is certainly an interesting twist on the genre, but with the ever-growing online community and the popularity of multiplayer games, it’s easy to see the reason why. Hopefully, there will still be an option for the less sociable people who prefer to play games alone, especially since it’s supposed to be a survival horror game.

Unfortunately, there isn’t much more that we know about The Blackout Club, besides it set to come to PS4, Xbox, and PC in early 2019. This is certainly a game to keep your eye one. If you are interested in finding out more on this game, and possibly get in on the beta when it comes out, check out their official website for more information.