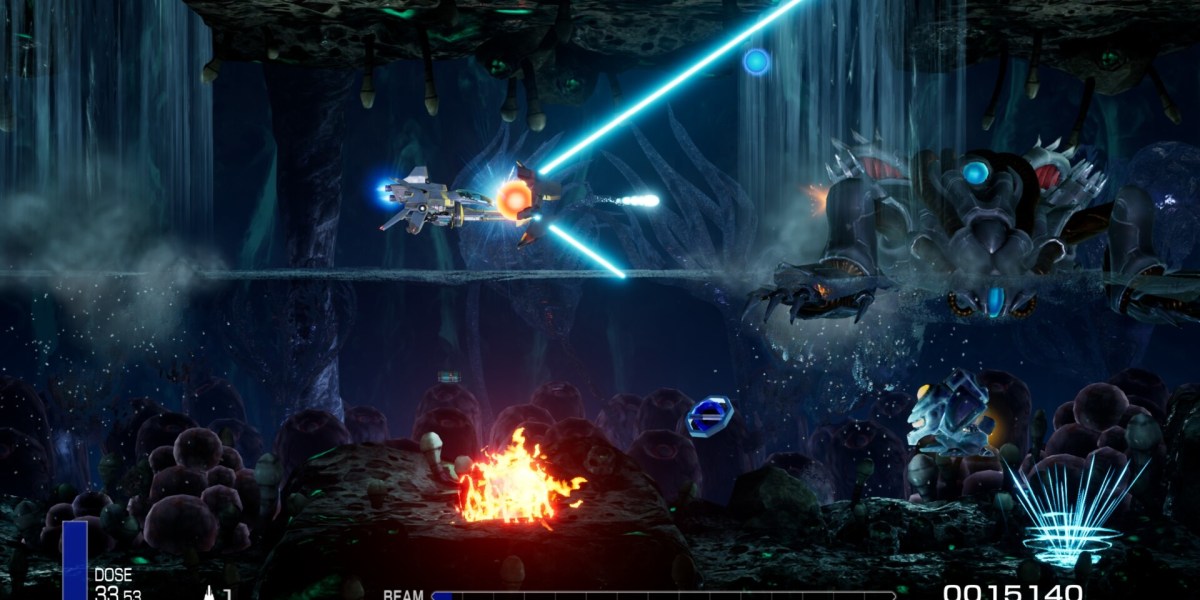 R-Type Final 2‘s first round of DLC featured seven additional levels, broken up by three sets. These levels were all remade versions of ones from other games in the series. The second group has had the first of three additional DLC sets revealed and set 4 is now available. Much like sets 1 and 2, set 4 adds two more levels to the game, one of which fans will be intimately familiar with and another that many probably weren’t expecting. They both add even more to the game, but the question stands: is R-Type Final 2‘s DLC set 4 worth it?

Undoubtedly, the best way to buy the DLC sets, just like last time, is through the stage pass. DLC set 4’s first level is called the Azure Grotto. Many fans will immediately notice it as none other than The Cave, the second stage from R-Type II. This actually makes for two sets in a row that have featured a level from that game, as DLC set 3 had R-Type II‘s fourth stage. The Cave has been lovingly recreated, including the streams of water from the ceiling and the balloon enemies rising up from the water. Oh, and those bastard enemies that launch at you diagonally right out of the gate.

Much like the other remade levels, this is noticeably an update to a classic, although the enemy placement is different. For instance, the original level had parts where you could easily get hit by diagonal enemies if you weren’t all the way to the left, but they don’t spawn that closely here. Of course, the weapons and ships in R-Type Final 2 are quite different than in the 1989 game, so these are never quite the same. Granzella did a great job updating the level’s visuals, though, as this recreation is very atmospheric. 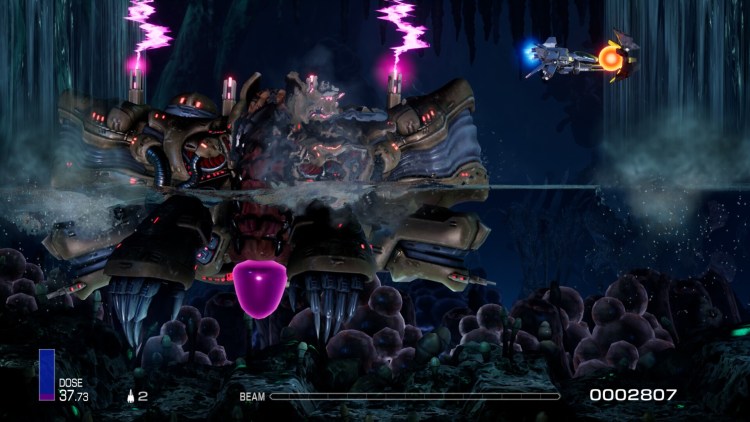 Shot in the back

The level’s boss, a hulking monstrosity that alternates between keeping its weak point above and below itself, is especially impressive here. It simply looks much more intimidating than in the original. Once you dispatch him, you’ll start on the second level included in this DLC set. Unlike every other DLC level we’ve seen thus far, this one isn’t actually from an R-Type game at all. Instead, it’s a recreation of the Fortress stage from Image Fight, an Irem game released a year after the original R-Type. Personally, I don’t like this level as much as the previous one, but it’s no slouch.

It starts in an asteroid field before taking you into a space station. The asteroids are quick and you’ll need to be on your toes.  The real kicker of this level is its most difficult section. You enter an area with four laser beams firing from behind, while rows of gun placements on the top and bottom take potshots at you. This is the hardest part of the entire DLC set. It’s very helpful to have something that can be used to give yourself an edge, such as a backward-firing defensive part.

The boss battle is less threatening than on other stages, but it can still surprise you, especially if you’re not carefully watching how its green beams are moving. Still, it’s an interesting fight that closes out this set with a bang. Overall, I rather like both of these levels and they’ll be quite the challenge on higher difficulties. If you’re looking for some more R-Type, these are quality choices, so I say that DLC set 4 for Final 2 is worth it. We’ll take a look at sets 5 and 6 once those are released in the coming months. 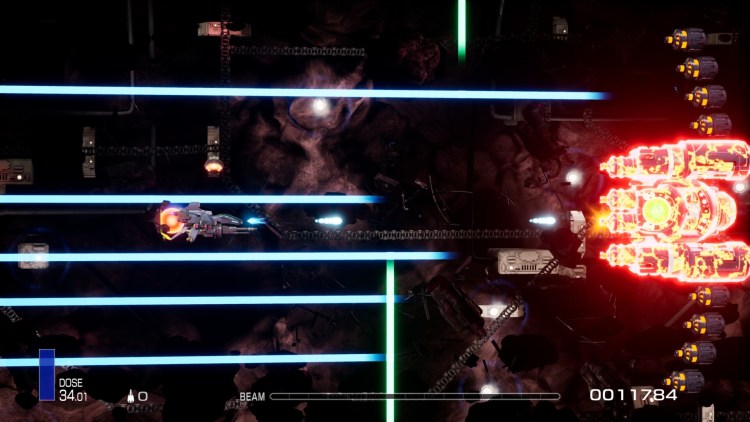