Those of you who vaguely follow this assemblage of articles we collectively refer to as PC Invasion will know that I’m the member of staff who consistently winds up with AMD cards in his system. That’s not really a demonstration of brand loyalty so much as a happy accident; AMD offered the most attractive GPU at the price point I’d set myself on the last couple of occasions. Most recently (last year), the R9 380X seemed pretty solid as a 1080p card a shade over the $200 USD range.

For the most part, its done a great job. As long as the game in question isn’t a coding shitshow, then a bit of graphics option tweaking and compromises on Super MegaExtreme Quality will pretty consistently get the 380X running stuff at 60fps/1080. AMD’s driver quality (and issue rate) has much improved in the past year or so, and solid DirectX 12 performance in games like Total War: Warhammer promises a respectable future.

But there’s one bug, glitch, or issue (call it what you want) that after several months AMD seem worryingly incapable of fixing: the black screen, or display input lost, problem that 380 and 380X users will be very familiar with.

A solid card … except when it isn’t (note: this affects all manufacturers, not just Gigabyte).

The symptoms are pretty consistently described in posts across AMD’s own forums, Reddit channels, and various other places. Someone will be playing a game, when it suddenly hangs for a few seconds, followed by a black screen and a monitor message stating that DVI/HDMI input has been lost. Sound from the game will still be playing through speakers, but it’s impossible to salvage the situation with anything except a hard system reset.

Game culprits vary, but Fallout 4, Dark Souls 3, Assassin’s Creed Unity/Syndicate and The Witcher 3 come up a lot in reference to this issue. That may, of course, simply be due to the popularity of those games (it happened to me with Umbrella Corp, for example, but that has about 12 people playing it on PC). This 26 page thread (started in March 2016) gives a pretty good indication of the sort of games affected, and shows that the black screen plague is widespread.

First principles of PC hardware troubleshooting would suggest a temperature or PSU problem. But in this case, it isn’t either of those things. It will happen at mundane temperatures and on proven power supplies. All reliable evidence points at an AMD driver problem. Specifically, at a Crimson driver problem; because the one and only reliable fix for the black screen issue is to roll all the way back to Catalyst 15.11.1. That’s an incredibly unsatisfying ‘fix’, of course, because those drivers are ancient, and the latest ones will work far, far better for the majority of titles.

In certain rare cases the game will recover from a black screen, with the icon tray message “the driver crashed and recovered”, adding further evidence to the pile. Display Driver Uninstaller is usually recommended in troubleshooting, but rarely seems to solve anything (though that’s still a terrific program to use when installing new drivers). 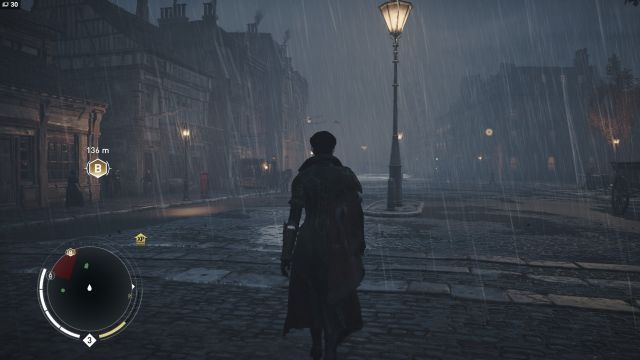 Might be nice to play this game for more than 15 minutes at a time.

Where things get more complex, and what is presumably giving AMD so much trouble in pining this down, are the inconsistencies in how 380/380X users are affected. I’ve had the black screen bug happen in The Witcher 3 with certain versions of the Crimson driver, and not with others. Assassin’s Creed: Syndicate has always been affected no matter what. I’ve never had a single problem with Dark Souls 3. Yet for other people you could mix up the games in those sentences or replace them with completely different ones and it would still be an accurate picture.

Users who have RMA-ed their GPU have often found the manufacturer unable to recreate the issues. Others have received a new card, and found the black screen issue is still present. I’ve not read any accounts of people receiving a brand new card and the problem going away. Again, this all points squarely at a driver issue. It’s reported across AMD GPUs from all manufacturers, seemingly with no obvious pattern.

It’s clear from the amount of time that has passed without a fix (this was apparently an issue way back with the R9 285 cards as well) that there’s no simple solution. Indeed, whether AMD have made any progress towards a solution whatsoever is an open question. They are aware of the issue – “We continue to share the feedback on the forum with engineering regarding this issue” is pretty typical of the non-committal reply you get when reporting it – but months after the fact are still unable to provide anything approaching a meaningful update on their investigations.

It’s particularly frustrating to see the black screen problems continually omitted from the “known issues” section of newer driver releases, implying that it’s not being taken seriously or kept quiet.

I’ve tried as both a regular GPU user and member of the press to get AMD to offer any comment on their progress investigating the causes of the black screen problem, but they’ve failed to respond on every occasion (including for this article). That, in itself, doesn’t fill me with confidence.

AMD can’t just magically wave their hands and fix whatever is causing this persistent issue. Every sane-minded person understands and appreciates that. What owners of 380, 380X and other afflicted GPUs want to see is some kind of in-depth, meaningful and transparent statement from the company about how they’re tackling this problem. It’s been happening for months, through multiple driver updates. A flat, dismissive “we’re investigating” just doesn’t cut it any more. AMD: please give us some proper answers.