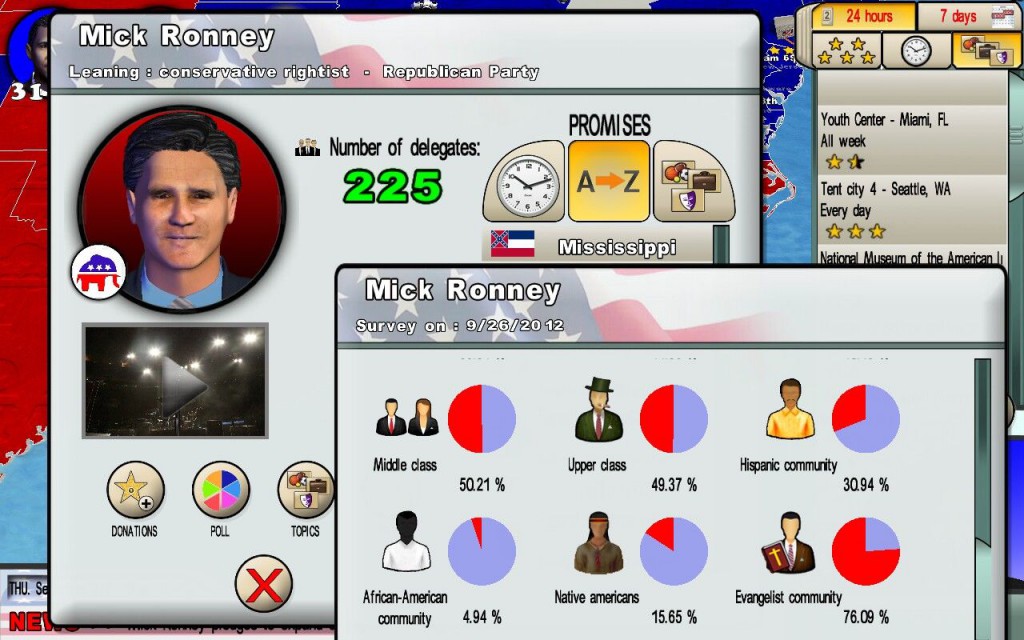 Eversim has tossed its hat into the 2012 US Presidential election by announcing Race for the White House, a simulator where you buy the Diebold company and produce enough rigged voting booths to win the ultimate political prize. Ok, that’s not quite accurate, but it will be possible to employ various “dirty tricks” in your campaign. No sign of any anonymous Super PACs yet, but maybe they’ll follow in a patch.

You’ll either be able to adopt the persona of one of several ‘real life’ candidates (although given that the current screenshots show ‘Jack Ohama’ facing off against ‘Mick Ronney’ the players aren’t quite real life), or cast yourself as a wannabe president in waiting.

To win the hearts of the public, you’ll need to raise funds, show up to events, make campaign promises (and maybe even stick to them) and threaten to bomb Iran (possibly).

Race for the White House is coming to PC and Mac on 28 June.