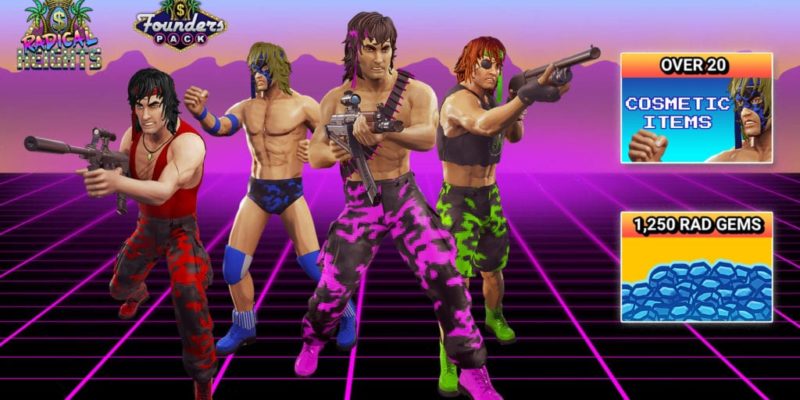 Radical Heights has been out for a week now and Boss Key’s first patch for the game comes with a load of stuff.

The BMX bikes are actually pretty useful in Radical Heights but they did lack trick power. While you could pull of some rudimentary stunts they didn’t capture the full glory of BMX riding. Now they have added more trick capabilities with air control and you can even fall off if a stunt goes wrong.

The update also brings a few items such as shades to make you look even less cool with your ridiculous 80s perm, custom kill cards, and a new weapon called FAL. The most important stuff though is performance improvements and increased FPS, more anti-cheat measures, inventory fixes, and a load of bug fixes.

The patch notes are quite lengthy which was to be expected as this is the first update for the very early access game and they can be found here.

‘A Way Out’ Overshadowed by Recent AAA Games