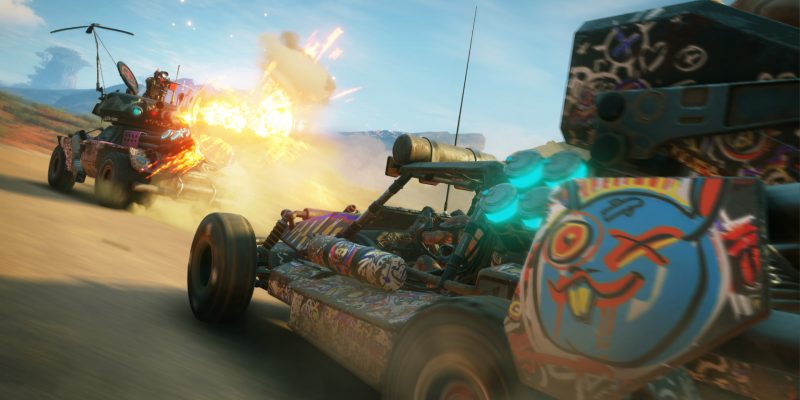 We’ve got a trio of free games on the Epic Games Store to talk about. Though, before you get too excited, just bear in mind that only one of them is available this week. That would be Halcyon 6: Starbase Commander, which is free until February 18 at 11 AM ET. However, people are going to be particularly excited to learn that the AAA title Rage 2 from publisher Bethesda will be free next week along with indie drifter Absolute Drift. There’s a lot to talk about, so let’s get into it.

Halcyon 6: Starbase Commander is a turn-based tactical RPG developed by Massive Damage Games that released back in 2016. It tends to evoke some XCOM and FTL vibes, plus a healthy dose of humor along the way. As you will quickly note, this game features a retro art style as well, so that may hit you with just enough nostalgia to convince you to jump in. If not, we still recommend giving Halcyon 6: Starbase Commander a try, as it is free after all.

You get to build bases to expand your capabilities, explore the stars, fight aliens and other strange creatures, and enjoy a fully developed narrative. Halcyon 6: Starbase Commander has a lot of depth to it as well. The user reviews indicate a mostly positive experience, so don’t forget to claim it. Halcyon 6: Starbase Commander is also light on your PC, so you won’t need much to run it. In fact, that leads us into the next game.

Absolute Drift is another 2016 title which will arrive free on the Epic Games Store alongside Rage 2 on February 18 at 11 AM ET. As the name implies, this is a game about the art of street drifting. It’s quite simple in principle, but you will need to master the art of precision driving to do well. Just like the previously mentioned game, this won’t melt your PC either, though the art style looks quite satisfying. We’ll cover this one in more detail next week.

Rage 2 is clearly the star of the lineup, as it is a 2019 AAA game from id Software and Avalanche Studios. It’s modeled after themes from the Mad Max franchise with a healthy dose of Borderlands-style action and Fallout-esque monsters. The game was a bit of a gamble for Bethesda, and even though the reviews were decent, it never quite took off with a larger audience. Rage 2 is arguably a solid game though, so this free chance to get it should not be missed. It even has some free DLC you’ll be able to nab along with the base game. Did we mention how stunning it looks?

We’ll remind you next week when the latest batch of free games hit the Epic Games Store. Until then, enjoy some time with Halcyon 6 or anything else you’ve managed to pick up for free over the years. My backlog is getting ridiculous. 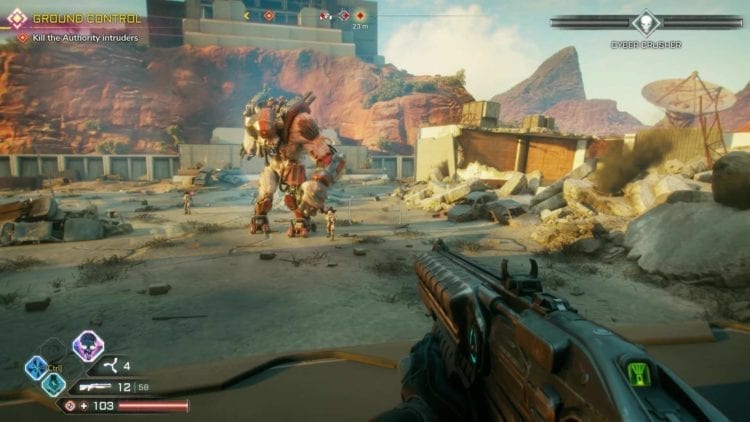 Don’t let the size of enemies in Rage 2 intimidate you. He’s just a big baby.