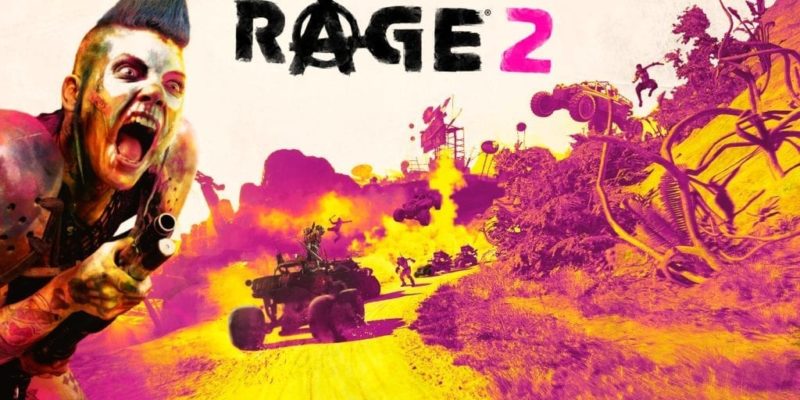 With the game releasing in less than a week — Tuesday, May 14 to be exact — Bethesda has released their Rage 2 launch trailer. And it shows players what sort of chaos they can cause in the post-apocalypse. The trailer introduces one of the game’s villains, shows off some of the great gunplay that id Software is known for, and provides a load of quick quips and humor. So, sit back and enjoy a trip down memory lane.

What sticks out immediately with this trailer is that Rage 2 knows the tone it’s going for. Too overdone is the barren world after the apocalypse where everyone is grimly serious and there is no enjoyment in life. Rage 2, on the other hand, goes for the complete opposite. Characters around the world seem more chipper than in your typical survivalist setting. Every character appears eccentric, jokes are plentiful, and the fashion industry has clearly hit an all-time high. It should prove good to spend time taking out bandits in a more positive setting.

The other feature to be eager about, as we’ve seen in past Rage 2 gameplay trailers, is the variety and raw impact of weapons in the game. Id Software has really mastered this, so it’ll be great to see how good the guns feel in this game. The most memorable use of a weapon in this trailer comes from the player character shooting a projectile that pulls an enemy towards a metal tower. It jerks them back at a speed fast enough to make them splatter on impact with the tower.

I’d say it’s safe to assume players will find all sorts of other shenanigans such as this to engage in. Even the game’s Nanotrite powers seem to turn the dial to 11 in this one, with enemies being suspended, knocked back, and blown up as a result.