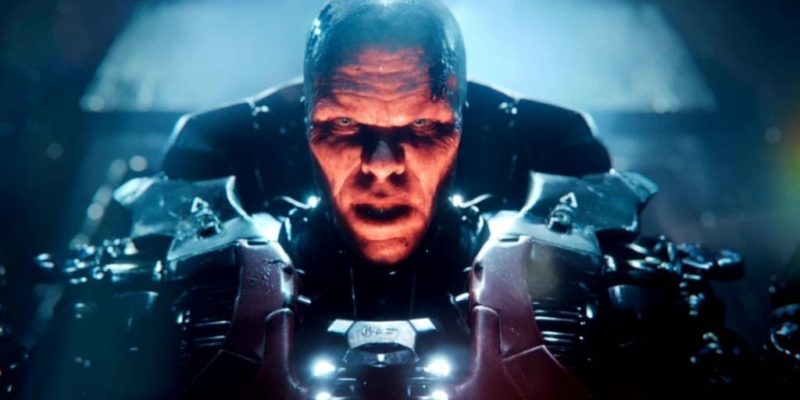 Rage 2 drops you right in the middle of the post-apocalyptic wasteland filled with bandits, mutants, and other threats that all want to rip you apart. Fortunately, you’re equipped with a high-tech suit and plenty of weapons. These will help make the world a little safer by violently decreasing the bandit population.

As you can see, it doesn’t take an exceptionally high-end rig to take in all the sights this crazy world has to offer, but it does help to at least have an Nvidia GTX 1070 card or equivalent. This is a high-action game, with enemies shooting at you from all directions and plenty of heads exploding. So, it’s ideal to have at least 60 fps to keep the action smooth.

Exploring the world of Rage 2

While most of the Rage 2 PC settings impact lighting, shadows, and textures, players should pay immediate attention to the automatic resolution scaling. This feature, which will automatically render fewer pixels to sustain a target framerate, is on by default. It’s useful if you experience sudden framerate drops, but it can suddenly decrease the details of the scene. Whether that’s noticeable while you’re running around shooting bandits in the face with a shotgun is a matter of personal preference.

Players can take control of the resolution scaler by setting it to manual. Then you can manipulate a pair of sliders to set the target framerate and how much scaling you’re willing to tolerate to reach it.

I ran the game at 2560×1440 resolution at ultra settings and got an average of around 65 fps in open settings, with a minimum framerate of about 60 fps. The framerate could get as high as 75 fps in smaller areas such as hallways. In either case, I didn’t notice any major performance drops while cutting loose in bandit camps or when firing at giant mutants. Rage 2 doesn’t have any kind of benchmark utility – not even a vague one like in its predecessor – so I had to rely on a persistent framerate counter while playing. 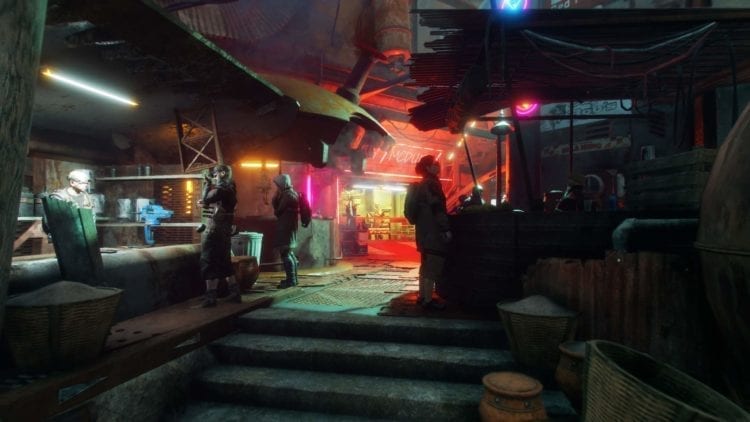 The rest of the settings determine texture and lighting details. As you can see in the screenshot of Gunbarrel, a town in Rage 2, the minimum graphics setting looks a bit fuzzy and almost all the shadows are removed from the scene given the simple lighting. The worst parts are how some of the textures appear to be clipping into each other. That’s what is happening on the left side of the staircase, where the metal walkway is. 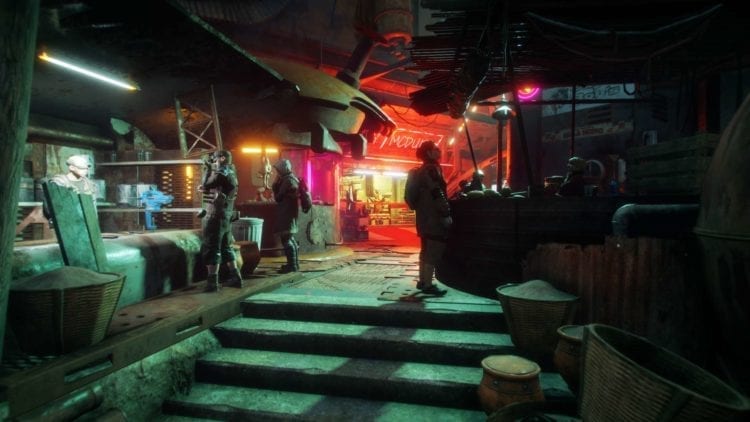 Settings the graphics to medium brings back the shadows and offers sharper looking characters. The lighting also gains a distinctive green tint. Small details, like chips in the stone staircase, can be seen more clearly in this light. It’s certainly passible if you want to nudge the framerate up a little, but it’s clear that the ultra setting is where the game truly shines. 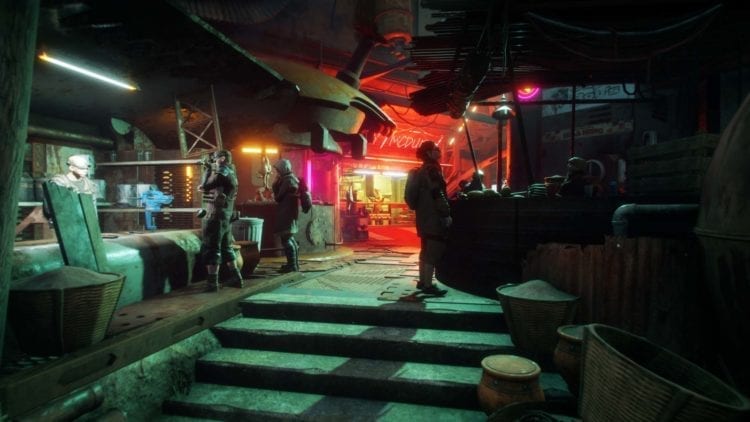 On ultra, you can clearly see a pile of square packets on the right vendor’s table, where it was hidden in darkness at lower settings. The shopper’s shadow on the stairs is much sharper, and you can better see some of the wires hanging from the ceiling toward the back of the scene. The left walkway also has a distinct pattern, where lower settings merely show them as holes.

Speeding up the post-apocalypse

At minimum settings, the framerate jumped to 95 fps, sometimes reaching 100 fps in some areas. Cranking up the settings adds more rocks, weeds, and debris. But other than some minor lighting effects and far-off objects, you have to get pretty close to see a major difference. A distant town or outpost may have less lighting to show its grass and debris, but it’s still perfectly recognizable.

That said, while decreasing the detail does substantially increase the framerate, so does switching to a lower resolution. Changing the screen to 1920×1080 got me the best of both worlds with a 95 fps average at ultra settings. 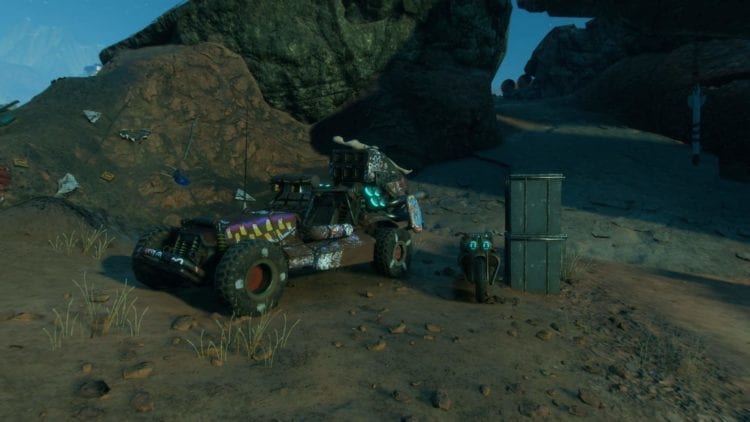 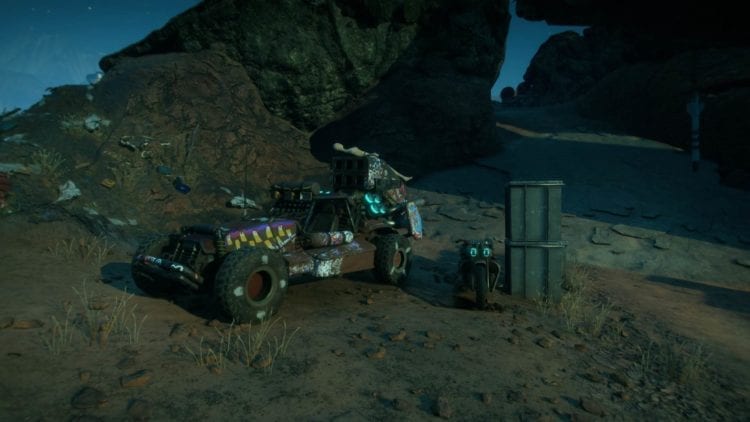 Rage 2 at ultra settings. Rocks and debris are more prominent, and there are more complex details on the vehicles.

Pushing things further by minimizing the graphics settings at 1080p got me about 140-150 fps, depending on the environment. But I don’t think it’s worth the sacrifice. Rage 2 is a great looking game, and players should appreciate it at its best when possible. Content with my 65 fps average, I left the game at 1440p resolution at ultra settings. That way, I got to see every rock and drop of blood while maintaining a smooth gameplay experience at the same time.

It should be noted that, similar to 2016’s Doom, most bodies will vaporize seconds after they fall. Although not having a big pile of bodies to admire can be a bit of a letdown, not having to render a bunch of corpses should keep the framerate up.

Get your rage on

The difference between high graphical settings and ultra are a little less pronounced, but so is the framerate. Switching between the two pulled in an extra 5-10 fps in most areas, which was practically negligible. Personally, I’d rather have more details in the rocks, vehicles, and debris. But Rage 2 does offer a fairly comprehensive host of options for players who want to manually tweak their settings for better performance. 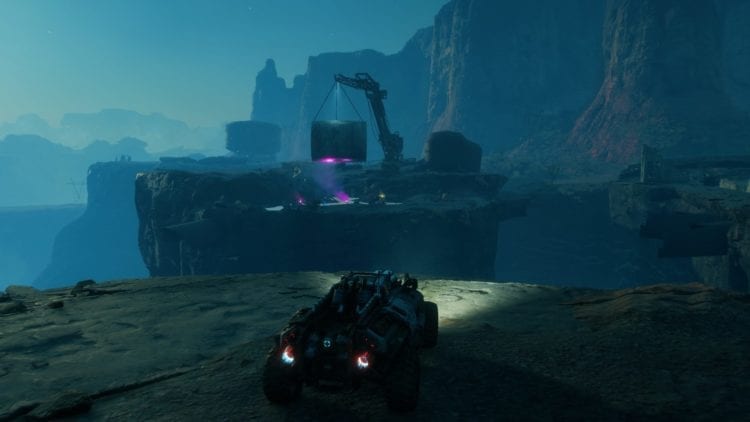 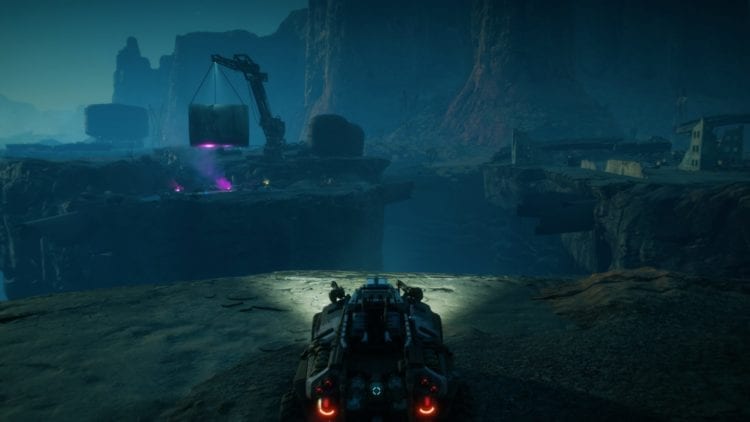 Rage 2, ultra settings. The differences aren’t as apparent when viewing distant objects. There are some lighting changes and extra details, but you can still clearly make the colored flares of distant bandit camps.

Unfortunately, there’s no magic bullet when it comes to balancing out the settings. Players can toy around with features such as the anisotropic terrain filtering, global illuminations, and dynamic reflections to see how much of an impact they make. But, more often than not, we’re talking about how sharp the details on a car look and how many rocks are on the road when you speed across the landscape.

I don’t have any complaints with running over mutants or clearing out a bandit base 65 fps, especially since there’s no multiplayer feature, but I can understand if others might want their games to go faster. But no matter what the case, Rage 2 offers strong performance across a wide range of system settings. That makes killing your way across the wasteland a thrilling adventure.