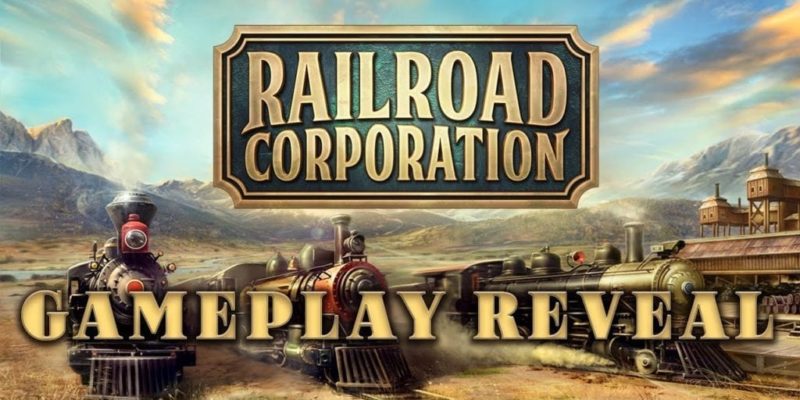 Railroad fans will be pleased to hear that Iceberg Interactive and Corbie Games’ train tycoon strategy sim Railroad Corporation will be coming to Early Access soon.

Railroad Corporation will be available to start playing on 27 May and gamers will be invited to explore 19th Century North America while attempting to build their rail empire.

Trainspotters will have access to a variety of historically accurate locomotives from the period. Players will also have the added challenge of building a rail network through all kinds of geographical features and obstacles which will get in the way. Construct bridges, tunnels, and blast your way through the landscape connecting the towns.

“Allowing players to play the game in Early Access ensures that we can focus on improving the game in advance of the full release later this year,” says Yurij Ishchuk, CEO at Corbie Games. He adds: “Since the game is unique in that it incorporates both strategy and tycoon elements, as well as a multiplayer mode, we want to make sure that we listen to the community’s feedback in order to develop the best possible version of the game for the full release”.

Start small and aim to become a huge corporation is the name of the game which will include missions and a multiplayer mode. The multiplayer will see players going head to head attempting to dominate the world of railways.

Railroad Corporation looks like it could be a train fan’s dream game and it’s not long now until the trains pull out the station. The game will be available on Steam.