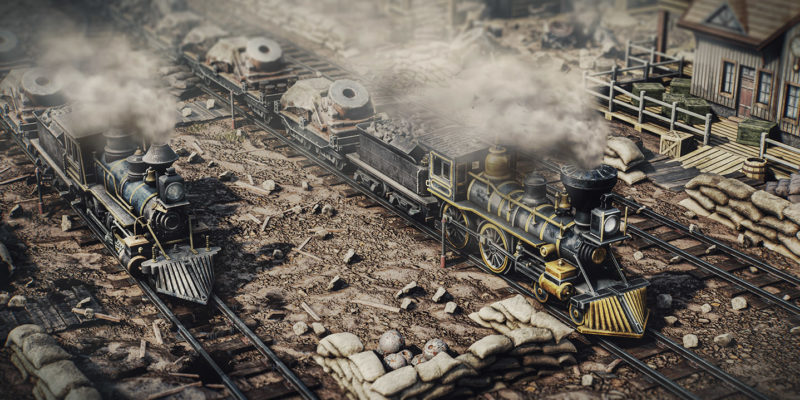 Developer Corbie Games and indie publisher Iceberg Interactive are giving you the chance to support the Civil War effort in the latest DLC for train tycoon sim Railroad Corporation. You’ll be charged with transporting goods and soldiers around the countryside during the American Civil War in the 1860s. The DLC announcement also revealed the release date for this new campaign: June 4.

People think wars are won by soldiers and weapons. In truth, they’re won by roads – and, in this case, railroads. Railroads served as the backbone of the war effort, holding everything else together.

“Railroads were the foundation upon which modern warfare was built,” said Corbie Games CEO Yurij Ischuk. “During the American Civil War, trains could provide supplies, weapons and soldiers to where armies were camped. As a result, the railway became the stage on which campaigns were waged and battles were fought.”

The Railroad Corporation Civil War DLC will introduce a brand-new campaign with five new missions. You’ll need to move troops between cities to capture and maintain control of strategic locations. Building recruitment offices will increase your army size, which will enable you to extend your reach.

You’ll also need to supply troops on the frontlines with warfare essentials like gunpowder and uniforms. To do this, you’ll run geo-research to find natural resources and build a special new mortar carriage. The DLC also adds seven new buildings and seven new commodities for railroad tycoons to produce and trade. 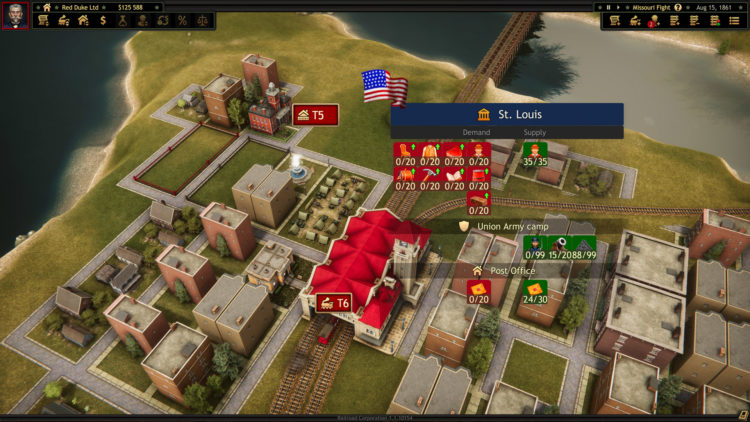 Railroads are an essential part of delivering supplies and meeting demands.

There are two sides to every story, especially when it comes to war stories. And you can’t remain neutral while war wages around you. So, in the Civil War DLC, you’ll eventually have to choose which side you want to support. Will you back the Union, or the Confederate army?

If you want to check out the base game before the new DLC launches on June 4, you can pick up Railroad Corporation for PC through Steam.