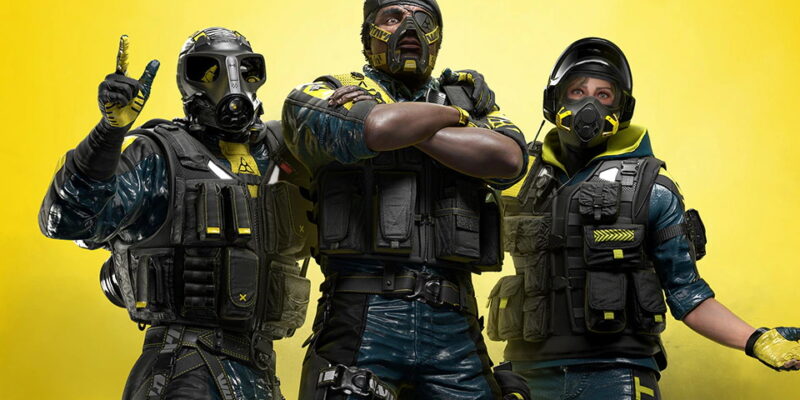 After getting delayed way back in July, Tom Clancy’s Rainbow Six Extraction now has an official launch date. Do you recall when Ubisoft may have accidentally leaked the day on its website back in October? Well, turns out the leak was accurate. Rainbow Six Extraction has a release date of January 20, 2022. But that’s not all. The game is also going on sale at a lower cost, and it comes with a Buddy Pass so you can bring along some friends for free.

Rainbow Six Extraction, since its reveal, has felt akin to a spinoff of Siege, and its lower cost seemingly reflects it. Of course, it’s probably more fair to say that Extraction is like another branch of Siege, as it uses the latter game’s design philosophy to power the monster-slaying action. The Standard Edition of the game is set at $39.99 USD, with a Deluxe Edition asking for $10 more.

Despite it feeling like a part of Siege, however, Extraction is very much its own game. Instead of taking on other players, you and your team of Operators face AI-controlled creatures at the heart of a deadly extraterrestrial infection. The game will come with 12 maps, which Ubisoft says are three times the size of those in Siege. Over 60 weapons will be at your disposal, along with some familiar tech from Rainbow Six Siege. There’s also new technology to use, which will likely even the odds against the alien invasion. 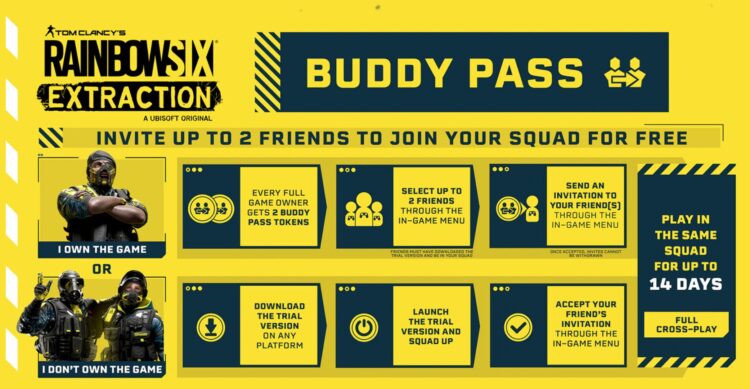 The Buddy Pass in Rainbow Six Extraction works similarly to those before, with some caveats. You’ll be able to invite up to two friends, who can play the game for free. It’s under a limited time, however. Your friends will have two weeks to play alongside you before they need to pay for the game. Two weeks might be enough to get through the game’s missions. However, Ubisoft is promising regular content updates for those who want to stick around for longer.

Rainbow Six Extraction is set for a January 20, 2022 release date on PC via Ubisoft Connect, Stadia, and the Epic Games Store.

Jurassic World Evolution 2: How to get the Spinosaurus

Jurassic World Evolution 2: How to get the Mosasaurus