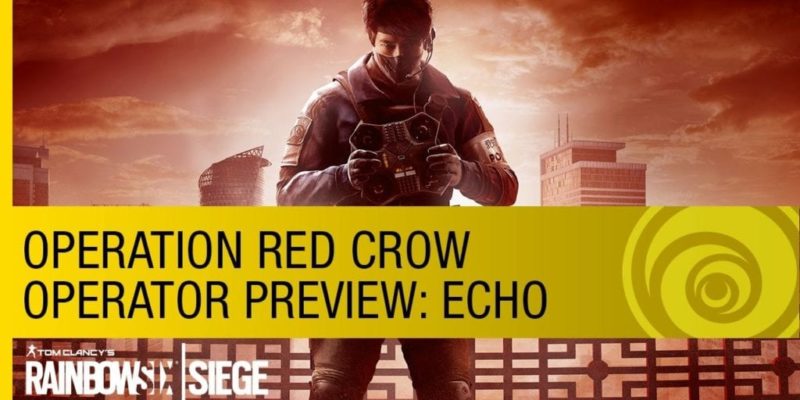 Ubisoft has announced another free weekend for Rainbow Six: Siege, giving people the chance to play the game at no cost for a couple of days. That period begins today, and runs until 13 November.

In addition, the next major update for Rainbow Six: Siege, ‘Red Crow‘, will launch on 17 November. This will add a free map (Skyscraper) to the game, along with a pair of new operators. Echo and Hibana will be available from 17 November onwards for Season Pass owners, and available to all from 24 November (to unlock with Renown or R6 Credits).

The first live demo of Operation Red Crow will be streamed on 13 November, at 4.45pm here. It’s an event held in Poland, so that should give you an idea of the time-zone.