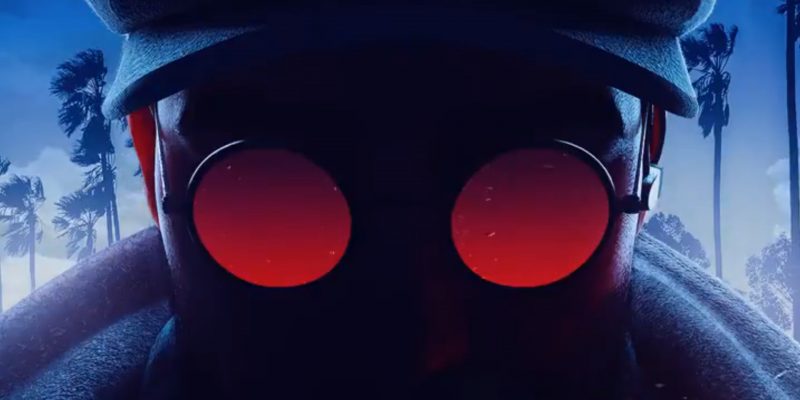 Rainbow Six Siege remains one of the most popular multiplayer games out there despite its growing age. The game was well received when it debuted back in 2015, but the constant stream of content updates really solidified its dynasty. We’re now on year six of content, and the developer has added countless new operators, maps, revisions, modes, and balancing changes. It’s difficult to call it just a single game, or more of a franchise in its own right. Now, Crimson Heist continues the content rollout for Rainbow Six Siege in 2021.

While we don’t much to go on just yet, it does seem like Ubisoft is trying to tease the next operator. We don’t have a name, but we do have an image. They’re shrouded in secrecy, but does rock some cool glasses. The tweet from the Rainbow Six Siege account also mentions that “Getting the job done can sometimes require a more creative approach.” That is likely a nod to this operator’s abilities, and the “Heist” in Crimson Heist makes it pretty obvious that they’re some kind of infiltrator with unique equipment.

We’re excited to learn more, and judging by the way Ubisoft has handled past seasons, we should only need to wait a few weeks at most. It seems like just yesterday that we learned about Aruni and Operation Neon Dawn. Hopefully we get another new operator as badass as her. She was also a defender, so it makes sense for this next season to opt for a new attacker.

Breaching the barrier of toxic behavior

Rainbow Six Siege is constantly improving as a platform to enjoy gaming. Ubisoft is hard at work with implementing new player feedback systems to ensure that new content like Crimson Heist and older content alike is enjoyable and free from cheaters and griefers. It seems that the future of Rainbow Six Siege will only continue to welcome in larger audiences and continued fanfare.

Getting the job done can sometimes require a more creative approach. pic.twitter.com/AjrU2TEJnB

Destiny 2 — How to cheese the Locus of Communion boss