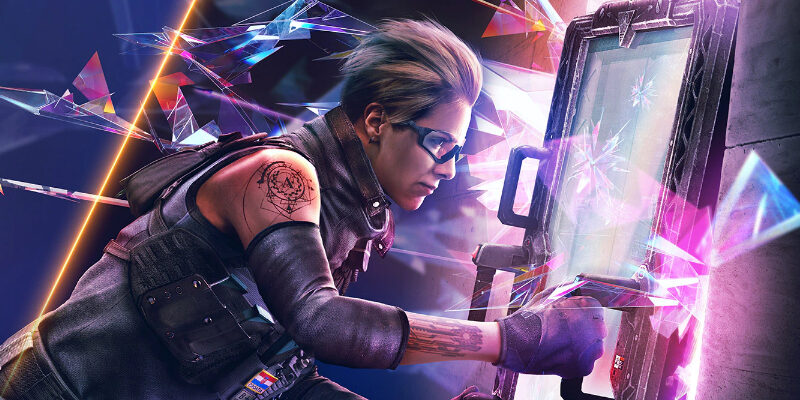 Ubisoft has revealed Crystal Guard as the next season for Tom Clancy’s Rainbow Six Siege Year 6. It will introduce a new operator, three map reworks, and various balance changes. Crystal Guard is the third season update of the year for Siege and will release sometime in the near future.

Although it won’t be coming to live servers for a little while, players will be able to try out some of the content before then. The update will go live on Rainbow Six Siege‘s test servers on August 17, with the new operator following on August 18. Also, another crossover skin will soon be available, this time for Lion. On August 17, an elite skin featuring Leon S. Kennedy will become available, courtesy of Capcom. For those unfamiliar, Leon is one of the leading protagonists of the Resident Evil series.

Osa is the new Rainbow Six Siege operator being introduced in Crystal Guard. She has a Talon-8 Clear Shield, which is a transparent bulletproof shield that she can deploy on the ground, in doorframes, or in windows. The shield isn’t overly mobile, but can be repositioned to hold down an area.

Osa does have certain limitations when carrying the shield. She cannot have her weapon out, sprint, or go prone. She has medium speed and medium armor, making her a well-rounded operator designed with attacking in mind. Her primary weapons are the 556 Xl or PDW9, with the PMM being her secondary of choice.

Siege players may also be excited to hear about the upcoming map reworks. Bank, Coastline, and Clubhouse have all been rebuilt to improve the gameplay experience. These changes were made to enhance balancing, environmental destruction, sound propagation, and lighting.

Examples of these changes include a new alleyway that has been added to Bank as well as a new path available in Clubhouse. Furthermore, there are several more destroyable walls across all three of the maps to give the attackers more options to play around with. Those interested in playing the new operator will need to purchase the Crystal Guard battle pass when it becomes available in Rainbow Six Siege. Once purchased the new operator will be unlocked at tier one. Various cosmetics and other miscellaneous rewards can be earned by progressing through it.