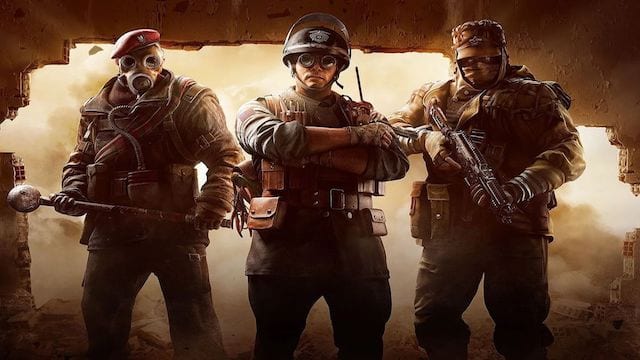 Ever since its launch back in 2015, Tom Clancy’s Rainbow Six Siege has become a massive hit for Ubisoft. But as the old saying goes, nothing lasts forever when it comes to a development team.

Creative director Xavier Marquis and brand director Alexandre Remy have announced they are leaving the development team. Along with “a few other members,” they’re setting out to do something new. They didn’t specifically say what they’ll be doing next, but we’ll likely learn more in 2020.

What does that mean for Rainbow Six Siege?

Don’t worry, the game isn’t going anywhere. Remy explained that the “core team” will remain with Siege, including game director Leron Athanassoff. As such, the new group has already worked some of December, and they will “take the full lead of Siege within the weeks to come.”

So, no, Rainbow Six players, you shouldn’t worry. The game is “here to stay” with the new team in place.

Athanassoff then discussed how the expansion of Rainbow Six Siege will continue in 2020. “We will start expanding the ‘game universes’,” he explained. He mentioned that the team should “stop thinking about exclusive features” and lean more towards “implementing inclusive features.” That means content set to “impact every player and the whole community.”

The video below provides a little better explanation.

To further confirm that the game would continue on, community manager Craig Robinson recently posted on Reddit. As it turns out, the team is actually in the midst of growth despite the departures. The departure of Xavier and Alex simply means that “new people take the lead” with the game.

As far as what the team has planned in 2020, it’s unknown. We do have recent leaks that provide some hints, though. An announcement of some kind should come shortly after the new year, too.

Tom Clancy’s Rainbow Six Siege is available now. It’s actually on sale in the Ubi shop for a limited time!

By Kurt Perry17 mins ago
News