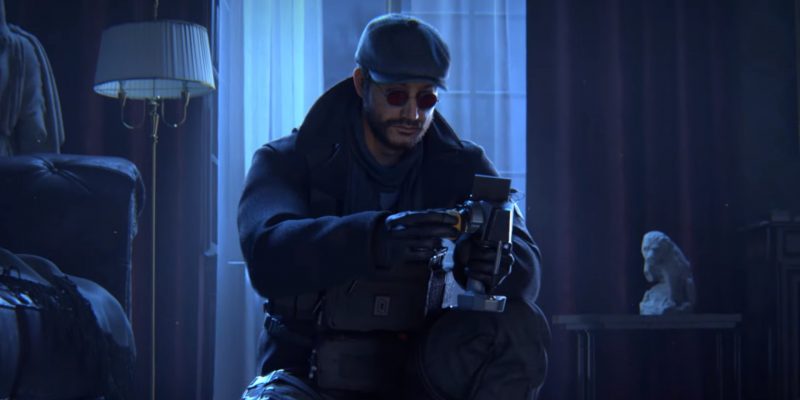 It didn’t take Ubisoft long to go from teasing the new Operator for Rainbow Six Siege Crimson Heist to outright revealing him. Flores is sure to make a bang in Rainbow Six Siege when he arrives, and he just might have what it takes to steal the thunder from other Operators with his unique skill set. We’re waiting on the full gameplay reveal this Sunday on February 21, but we did get some details about the master thief’s personality today.

Flores’ full name is Santiago Lucero and he’s from Buenos Aires, Argentina. Kinda disappointing that his identity is compromised, seeing how he’s a master thief. At any rate, he seems to be doing well with his new squad of Operators in the game lore. Mira’s a bit irritated with him looking over her shoulder, but that’s because Flores is intent on building his own advanced tools and weapons. Any added knowledge helps.

For now we know that Flores has a remote control explosive of some kind that travels on wheels. He uses it to breach what we can assume is a vault in his reveal video. That’s sure to generate some rage from players, but we will have to see how the gadget is balanced. The last Operator named Aruni was a Defender that seemed a little more balanced, though on the strong side at that. Aside from Flores’ featured gadget, he’s sure to have a few more interesting quirks about him.

Things are about to pop off

Flores will kick of the next operation for Rainbow Six Siege. Ubisoft is just calling it Crimson Heist, but it’s sure to offer the normal mix of new content for Siege. Enjoy the teaser above and don’t forget to check back for the full reveal of Flores on Sunday. We’ll cover his weapons, perks, and whatever other details Ubisoft has to share about him.