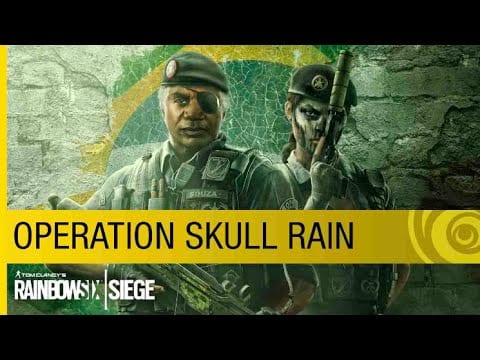 Ubisoft will be deploying a third, and rather substantial, update to Rainbow Six: Siege tomorrow (2 August) in the form of ‘Skull Rain’. As well as adding a pair of Brazilian BOPE operators and a new map, this patch will make significant changes to things like team-killing countermeasures.

Those who own the Rainbow Six: Siege Season Pass will unlock Caveira and Capitão automatically, and be able to play them for an exclusivity period of seven days. After that (so, next week), all players will be able to unlock the BOPE operators with Renown or ‘R6 Credits’. The new Favela map (shown in the trailer below) will be free for everybody at launch tomorrow.

Skull Rain will also introduce a beta version of a new ‘Tactical Realism’ mode, which strips the HUD “to only display the Round Timer, Compass, Gadget & Weapon Panels; preventing you from marking your enemy; removing the kill confirmations; providing a realistic Magazine Management for ammo; and much more.” More than ever, you’ll have to rely on team mates for information and co-ordination.

Punishments for team killing will be more severe after the update, running as far as a seven day matchmaking ban (for a fifth offense). The ‘vote to kick’ function will also be getting some improved player notifications. PC players will now be able to hide text chat for those spamming a bunch of crap. There are many, many, more changes relating to game functionality and balancing to be found here.

World of Warcraft: Legion preview trailer tours all the additions