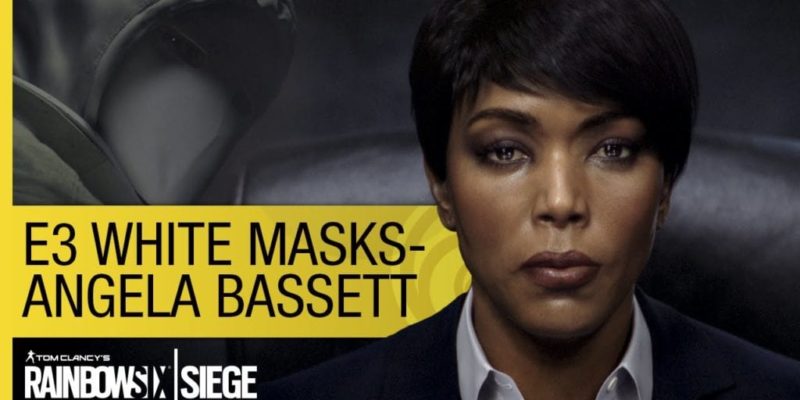 Ubisoft have finally revealed that Rainbow Six: Siege does indeed have a single-player/co-op mode, and it might even have some sort of plot or story to go alongside it.

Two videos show it all. Firstly, legendary actress Angela Bassett will be playing Agent Six, the deputy head of Rainbow, as she reactivates Team Rainbow to stop the White Mask terror threat. Although, uh… I still don’t know if the plot or story will evolve across the Terrohunt missions.

Secondly, as I gave away in that last sentence, Terrohunt mode is in. This can be played either solo or co-op and pits Team Rainbow against AI-controlled White Mask terrorists. There are four different Terrohunts, including Terrohunt Classic, and the AI is more than capable of setting up defensive positions or assaulting you in unexpected ways.

The second video was a live gameplay demonstration of Ubisoft staffers taking on the AI. A bomb had been planted in a French Consulate, and Rainbow had to assault the location, secure the bomb, plant a defuser, and then defend the defuser from a White Mask counter-attack for a full 60 seconds.

This still doesn’t look like a full-fledged single-player mode, exactly, but it’s confirmation that there’s more to Rainbow Six: Siege than just PvP gameplay. You can see the White Masks reveal with Angela Bassett below; once the gameplay footage pops up, we’ll stick that online.

Finally! The beta for Rainbow Six: Siege will open up on 24 September, and will contain both PvP and Terrohunt modes.

UPDATE: No gameplay footage yet, but there is a lengthy discussion of the Terrohunt mode in a second video added below.