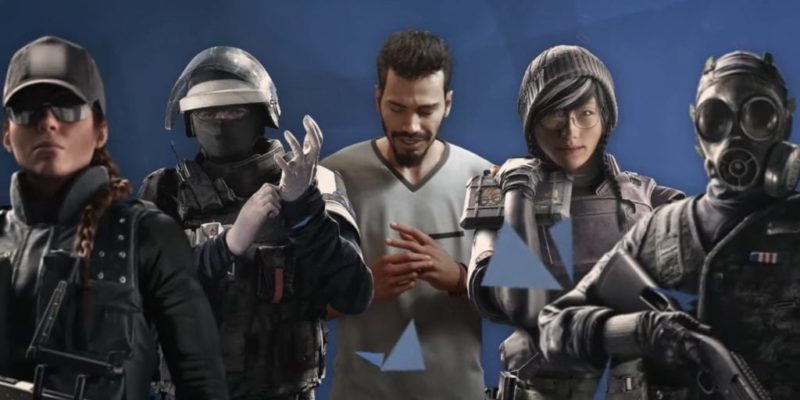 Ubisoft’s Rainbow Six Siege is approaching four years since its initial, rocky launch. That hasn’t stopped the developers from trying out new ideas to keep the game fresh. First revealed during the Ember Rise season announcement, the ‘Call Me Harry‘ mini battle pass is now live in preparation for the final season of Rainbow Six Siege‘s fourth year of content. Here is what you need to know.

This mini battle pass is broken down into seven tiers and will stick around for seven days. Rewards are doled out at the second, fourth, sixth, and seventh levels. The rewards themselves are only cosmetic weapon charms, though – nothing you’d miss if you failed to finish grinding out matches. But they are exclusive to this battle pass, so if you want to flex on future players who missed this event, this is your chance.

Players receive points based on rounds and matches won: 60 points per round and 120 points per match. Additionally, you can get a 25% bonus to your progress when playing a ranked match. On top of this, there is a challenge system that will net you 600 additional points if you contribute any kills towards the 40 million kill goal. The first tier is unlocked after 1000 points, so a dedicated player shouldn’t take long to unlock all three rewards.

Are you, like me, not great at Siege? No worries. Losing still nets you some progress, earning you 100 points per match. However, surrendering or leaving a game before it is completed, as well as getting kicked by your team or for idling, will forfeit any points you might have gained that match. All of the rewards on offer here are available free to all players.

This pass is the developers’ testing ground to see what works and what doesn’t ahead of next season’s fully-fledged phase 2 battle pass. That system will include both a free and premium tier. While the rewards that will be included haven’t been revealed, they will be cosmetic in nature. Renown (the in-game currency) boosters will also be in the mix. More details on next season’s battle pass will be revealed at the Rainbow Six Siege Pro League finals in November.

Vampire: The Masquerade – Bloodlines 2 delayed to avoid past mistakes

PUBG’s next update will bring vending machines and more