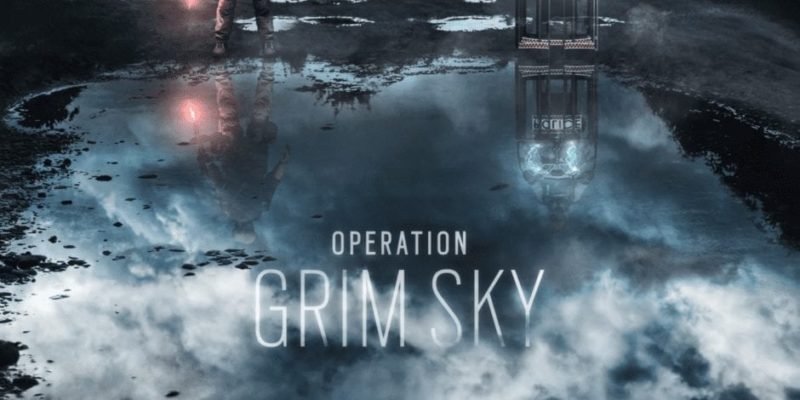 Rainbow Six Siege’s latest addition, Grim Sky, is almost here. Ubisoft has announced the release date for this operation: September 4th. The long-awaited operation will bring with it its two new operators. But this update will also have a few more surprises for players.

Maverick is the attack operator included. The three-speed operator sports smoke grenades and claymores. He also wields an exothermic torch that can eat holes in breakable surfaces and reinforced walls alike. Clash is the defense operator. This foul-mouthed one-speed has barbed wire and impact grenades at her disposal. Her main tool is a bulletproof CCE Shield that can protect herself but can also zap enemies will electricity to damage and slow them.

These operators have already caused a stir in the test servers and it will remain to be seen what kind of effect they have on Siege once they’re released outright. However, new operators are not the only thing Grim Sky is set to bring.

Rainbow Six reintroduces one of its original maps: Hereford Base. As the meta evolved, it was decided that Hereford Base wasn’t suitable for competitive play. It was taken out of the rotation and now after a long time, the map has been reworked and is back. The map Consulate is getting altered as well, adding a wall and a bomb location. While not as substantial, the changes made should help for more balanced play.

There will also be a new Frost Elite skin along with other cosmetic items added. Smaller tweaks to existing operators will be implemented and gameplay enhancements will be added as well. However, the most important addition they could have implemented is the new idle operator pick. This system will select an operator randomly for any player who doesn’t pick an operator in time before the round starts. No longer will your team be saddled with a recruit or two when your teammates go off to get chips or something.

PC servers will go down on September 4th at 9:00 am EDT and will remain offline for about thirty minutes. After that, Siege players are free to have at the blowtorches and taser shields to their hearts’ content.