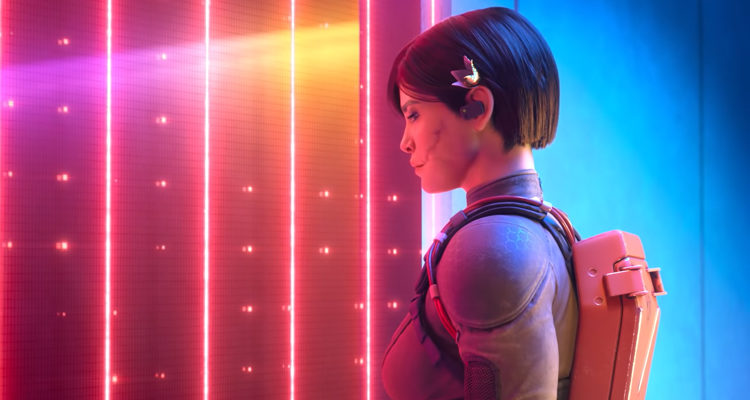 The Rainbow Six Siege saga continues as Ubisoft introduces yet another operator and a new season of content called Operation Neon Dawn to the game. The teaser today introduced another defender, known as Aruni. We also got a peak at her gadget in action, and let’s just say it’s reminiscent of the futuristic Mute Protocol event. No matter the case, we can expect to learn more come November 8 when the full reveal takes place.

Digging further into what we saw, it seems that Aruni features a laser-based barrier that can attach to door frames to block enemies. The catch is that Aruni herself (and presumably teammates) can pass through it. This brings area denial to a new level and clearly defines her role as a defender in the meta. We’re still uncertain how the mechanics of the gadget will work. Projectiles may be able to pass through it, but we will have to wait and find out via the full reveal.

We did learn a little bit about Aruni herself though. Yesterday, Ubisoft published the backstory of Aruni on the Rainbow Six Siege blog, though it didn’t mention anything about Operation Neon Dawn. Aruni is of Thai origin though, and hails from a distinguished career in the Thai Royal Police. These days, she’s an agent of Nighthaven. She has a wicked scar to bare in addition to a prosthetic arm, which likely came about from an intense situation. Aruni seems to be the serious type, and her slogan from the trailer says as much. “My gate stands like a star in the darkness. A burning light that keeps enemies at bay. Can you take the heat?”

You can check out Aruni in action on November 8 at 11 AM ET. Ubisoft will stream the reveal via Twitch. In the meantime, you can still get in on some sweet action via the Rainbow Six Siege Halloween event.