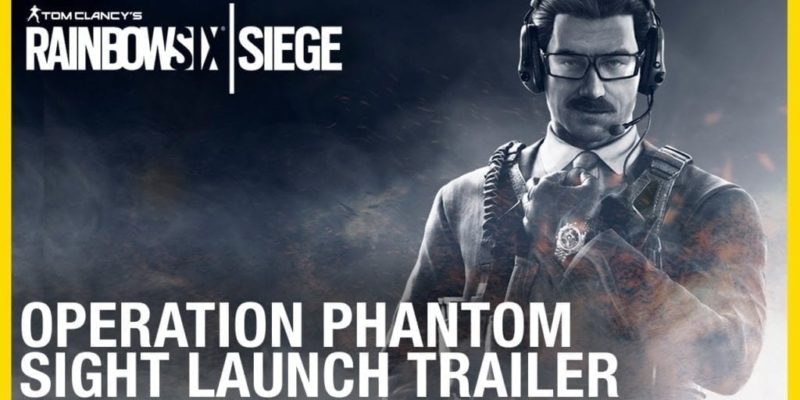 While we’ve known all the details of Rainbow Six Siege‘s latest season for some time, we officially have a launch date now. Operation Phantom Sight begins on 6/11. The new season brings two new operators: the sneaky, spooky Nøkk and American James Bond-type Warden.

A goofy trailer called “Clutch Royal” shows us a dramatized version of a bomb round starring Warden. The focus on a match of bomb is fitting, considering that the new version of ranked multiplayer will ditch all modes except bomb. Players will now also face a pick and ban system as well as a three-round-switch system. Ubisoft is hoping that these changes will liven up the meta and bring more balance to their ranked multiplayer. This season should mark the official end to ranked’s beta stage.

Operation Phantom Sight also brings a rework of the Kafe Dostoyevsky, which looks promising in making the map much more balanced for attackers and defenders. Glaz, Team Rainbow’s resident sniper, is getting a nerf to make his scope a little harder to use. All other major changes can be viewed on our full patch notes article here.

The Operation Phantom Sight season goes live tomorrow. The new operators will become available on day one for owners of the Year 4 pass and in a week for everyone else.